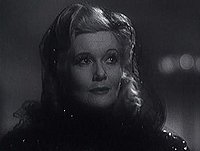 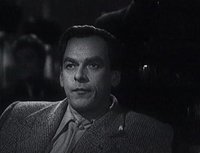 Can you imagine a Stalin-era musical shot in 1947 in which Muscovites own cars and telephones (which *work*!) and single lady scientists live in large apartments with their own housekeeper? Oh well, Hollywood didn't exactly show how real people lived in New York either.

"Vesna" (Spring) is a cross between "Ninotchka" (mannish Soviet career woman discovers silliness and sophistication) and "The Prince and the Pauper" - Shatrova, the singer-actress, exchanges roles with Nikitina, the renowned scientist whom she's supposed to portray in a lightweight movie, and each woman (both played by Lyubov Orlova, a real Soviet film star who's not especially glamorous but plenty talented) finds love in the other's universe.

None of this is very serious, but spotting the differences between this and similar formulaic Hollywood romantic comedies of the same era is half the fun. The make-up scene, in which Nikitina's thick spectacles are discarded, eyebrows plucked, lips made up, etc., by the movie-in-the-movie's makeup department, is the exact parallel, in a slightly provincial way, of a hundred such Hollywood scenes.

The film-making process (shot on location in Moscow's studios) is another world altogether: Mukhin, the saturnine and *very* seductive director, is the Stanislavski-like uncontested master of the set, expected to rule on form and content alike, giving an actor playing Gogol the right scansion for one of the writer's poems, or requesting imperiously the studio's source material on "love." (Huge leather-bound books of poetry and literature - take *that*, Louis B. Mayer!) No producer in sight (the director assumes part of those tasks); but the sound stage is cleared mid-afternoon when another film is scheduled to be shot for a few hours there: there's a charmingly academic style to this State-run view of film production.

The musical numbers are a hodgepodge to anyone used to ruthlessly calibrated Broadway-goes-Hollywood musicals; but the talent is no less than the Bolshoi ballet blending operetta with the real thing. Orlova sings like a dream and tap-dances alone à la Eleanor Parker; the camera tries (and doesn't quite succeed) for a Busby Berkeley effect; but the scene that stays in one's memory is the most Russian one: academics and scientists gathered round the piano during an improbably glamorous evening, singing together.

In the West, a romantic comedy like "Vesna" would belong to an earlier, pre-war era (Nikitina's monumental lab is true Art-Déco): by 1948, when it was released, Gene Kelly was dancing in the streets of New York on Leonard Bernstein's glorious score for "On The Town", changing the face of musicals. Still, it has a lot of charm, not least to show us a glimpse of what was expected to make Soviet viewers dream. See it if you can.

Review by Shezan . (shezan@worldonline.fr) from Paris from the Internet Movie Database.