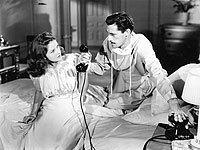 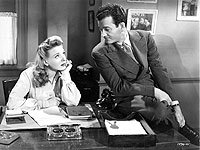 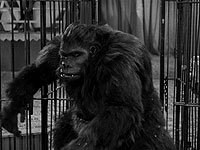 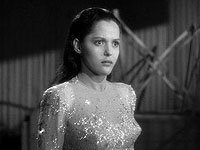 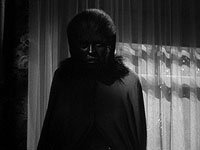 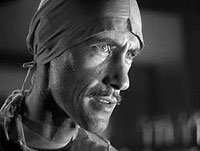 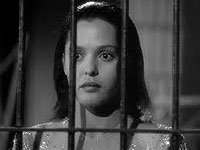 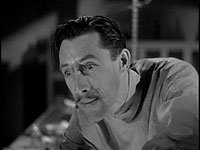 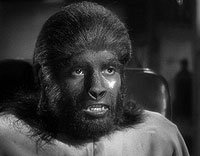 Walters steals a tame gorilla named Cheela from animal trainer Fred Mason for use in his experiments. Through the use of sex hormones (!) and a brain transplant, Dr Walters turns Cheela into a beautiful woman whom he names Paula Dupree. When Walters brings Paula to the circus where Fred works, it is discovered that Paula has a hypnotic power over animals, and Fred uses her in his animal act. Paula becomes attracted to Fred, but she goes ape (literally) when she discovers Fred is engaged to Beth Coleman.

CAPTIVE WILD WOMAN has an unjustified bad reputation among fans of the classic Universal horror films. Because the film spawned two poor sequels, this pretty good programmer shocker is often unfairly maligned. The film has good performances from Evelyn Ankers, Milburn Stone and especially John Carradine. John Carradine plays the mad scientist Dr. Walters with a cool icy demeanor. Its a surprisingly low key performance from Carradine. Acquanetta is perfect as the beautiful woman whom Dr. Walters creates from an ape. She projects a perfect exotic animal sensuality. Of course her role here is helped by the fact she does not utter a single line of dialog. Acquanetta was a fine looking woman, but she was never much of an actress. Edward Dmytrk handles the director chores well, the film is well paced and moves along at brisk 61 mins. One shudders to think what would the film would have been like if the studio brass handed the directorial chores to one of studio's standard hacks.

One problem with the film is inserting animal training sequences with Clyde Beatty from an old Universal film, THE BIG CAGE. While Stone resembles Beatty, some of these scenes are poorly inserted. In one scene we see Beatty in the cage with the lions and tigers. Then we see Stone enter the cage! The editor should of most certainly have caught this. To make matters worse, the same error turns up again when the studio used the same footage in the films sequel, JUNGLE WOMAN.

While CAPTIVE WILD WOMAN certainly doesn't rank among the classic the Universal horror films, its not a bad little saturday double bill shocker. However, the premise was only good for one film. The films two sequels were not warranted. I can't believe Universal actually thought Paula the Ape Woman was a potential classic monster like Dracula, The Wolfman, The Mummy and the Frankenstein Monster.

Review by jim riecken from the Internet Movie Database.