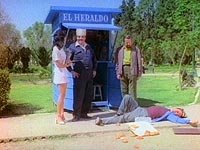 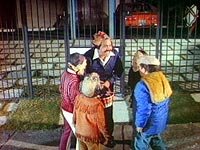 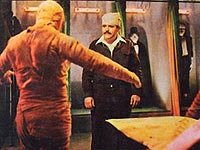 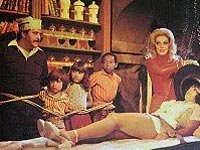 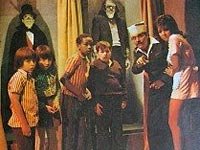 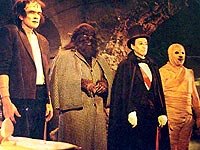 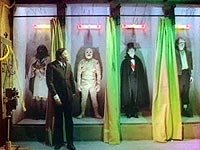 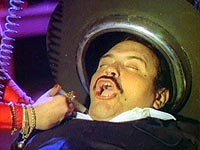 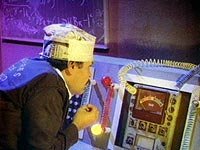 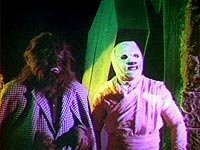 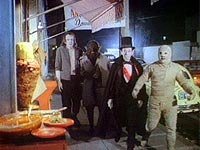 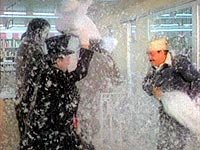 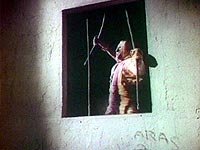 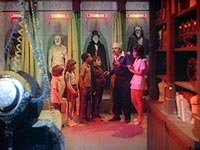 Like Clavillazo (and unlike the super-talented, genuinely amusing Tin-Tan), Capulina is another infantile Mexican comedian who spends an inordinate amount of footage poking faces at the camera, rather than doing something even mildly funny. Although Capulina himself is a dead loss in "Capulina contra los monstruos" ("Capulina Versus the Monsters", 1974), at least he is surrounded here by a great support cast, led by sexy Gloriella (in her movie debut) as the sterile comic's girl friend, Irlanda Mora as the vamp of vamps, and Hector Andremar as the inevitable mad scientist. To this roll-up, we must of course add the quartet of monsters who, despite the film's seemingly excessive 85 minutes of running time, are not given all that much to do before they finally escape.