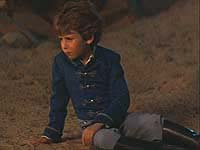 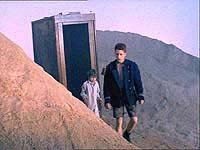 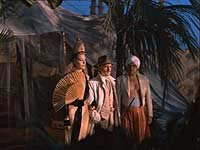 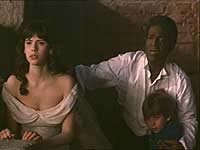 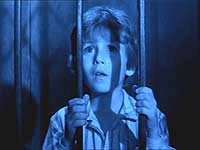 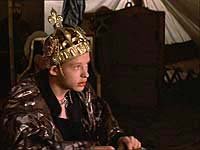 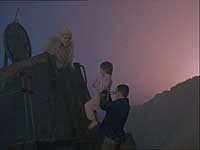 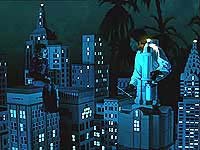 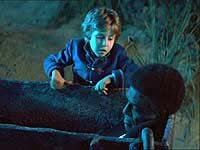 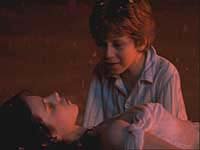 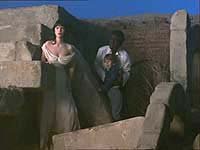 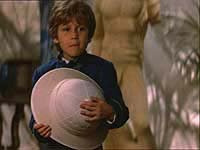 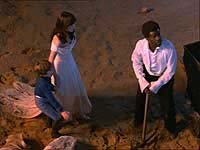 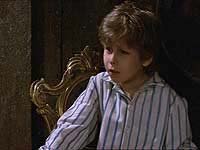 I first saw this film in 1985 and I liked it very much, it was written by Telsche Boorman daughter of director John Boorman, Who produced Dream One - Nemo. The story is an adaptation of "Little Nemo in Slumberland, by American cartoonist Winsor McCay. The special effects are a bit cheesy as you would expect in a low budget arty sort of film from the early 80s, But it has a great deal of charm. The story is dreamlike and childish, but it has a certain flare. I really liked Katrine Boorman's character the perpetually bored Countess Duchka. Also a very young and alarmingly ginger Charley Boorman is in this film. It's a shame that Jason Connery's film career didn't go very far, he looks the part in this, His acting in this? Well, I didn't hate it. Harvey Keitel plays it like well... him!

I must say that Mathilda May's performance as Alice was a bit insipid, but she too looked the part.

Nipsey Russell's Mr Rip, the Prospero magician character in Dream One could have been played a little more understated but he still came up with some profound moments. Dream One is an odd little arty film which you'll either hate or love, it resonated with me enough for me to buy the DVD and watch it again after 30 years.

Review by Cary from the Internet Movie Database.