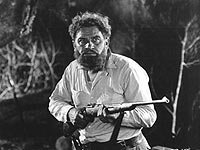 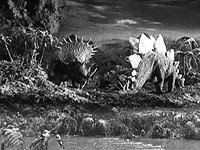 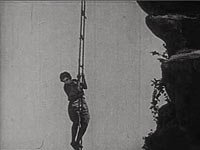 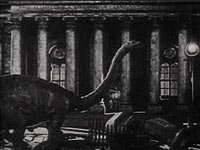 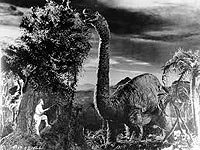 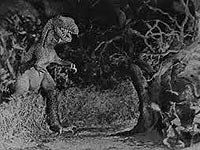 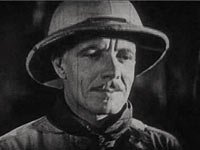 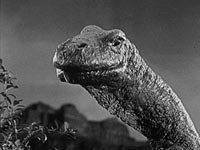 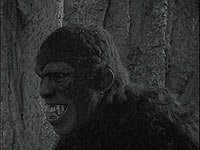 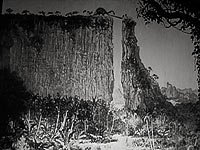 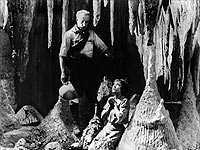 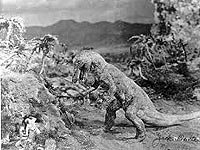 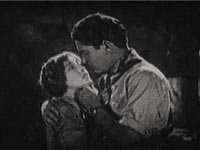 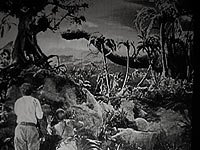 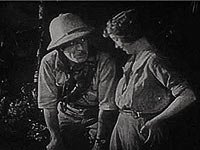 Thing with this movie is that we'll most likely never get to see it as it was original intended and released as during its initial theatrical release. There are several different prints of this movie available, all variating heavily in its running time. Now days there are versions available that combine as many sequences as possible from all of these different prints that have emerged over the past decades but its still minutes short of its original theatrical released version. Therefor we'll most likely never be able to judge to movie for what it original was but the long put back together versions of the movie should give us a fair and decent enough impression of what the movie was supposed to be like.

For its time this movie obviously was a big movie experience. It's the first ever movie to use stop-motion effects for its creatures. It must have really impressed audiences back then to see all of these use dinosaurs walking around on the screen and fighting and interacting and all of that. Before there was "King Kong" there was "The Lost World" and there is no denying that the movie because of its effects remains an historically important and revolutionary one. It was like "Jurassic Park" for the '20's. You can tell in some of the sequences that the techniques used are still far away from perfection in this movie but still watching stop-motion is always an impressive and extremely delicate and detailed thing, even in this 1925 movie and you just can't help to have some enormous respect for it.

Its effects and concept help to make this movie a very entertaining one, especially for its time. But this is also one of the problems for the movie. Basically all this movie is a bunch of people in the Amazon encountering a whole bunch of different prehistoric creatures. There is not really much story to it all, though I'm sure that the original Arthur Conan Doyle novel this movie was based on had some more depth and story and character development to it all.

Thing I also don't like about this movie is its use of title cards, especially during its first half. I don't know if this was purely due to the restored longer version of this movie that I watched but the movie extendedly used title cards for its dialog and to explain what was happening all. It's sort of annoying when a silent movie does this too much, as this movie does. When you have a good director and good enough actors there really is no use for an extended use of title cards. You can let the all of the images and expressions of the actors speak for themselves and while watching this movie you can't help but wonder if most of these title cards were even needed in the movie. You could perfectly follow and understand the story without them, I would say.

But well, all this doesn't matter that much though. This movie could obviously made purely for entertainment purposes and was supposed to impress with its new revolutionary techniques and its overwhelming images. You can pretty much forget about the story and simply enjoy this movie for its entertainment, though its of course hard to still please todays modern audience with this movie.