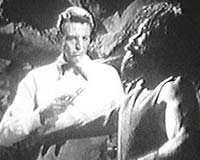 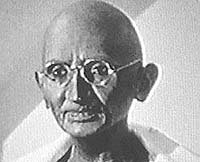 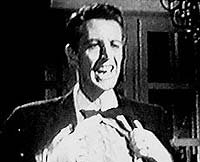 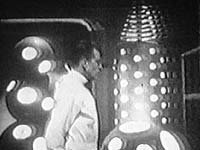 A year after making the very successful "Santo Contra las Mujeres Vampiro", director Alfonso Corona Blake once again was reunited with most of that film's crew and directed this new adventure of the famed Mexican wrestler turned Superhero. "Santo en el Museo De Cera" would be the title of this story that would continue Santo's image as a fantastic warrior that uses his wrestling techniques to help the police and fight against evil and criminals. Obviously inspired by the 1953 horror classic "House of Wax" (starring Vincent Price), this Santo adventure repeated the formula of action, mystery and Gothic horror with very good results, and along "Santo Contra las Mujeres Vampiro" remains as one of the best Santo movies of his early career.

In this movie, a series of kidnappings begin to occur near a very popular Wax Museum. After a reporter of an important newspaper disappears while doing research for an article about the Museum, all the clues seem to point to the owner, Dr.Karol (Claudio Brook). However, to everyone's surprise, Karol asks crime-fighter Santo (himself) for protection as he fears someone wants to kill him. While Santo accepts to protect Dr.Karol, he begins his own investigation about the mysterious kidnappings, and soon he'll discover what's hidden in the Wax Museum.

Written by Corona Blake himself (adapting a story by Fernando Galiana and Julio Porter), this film once again makes Santo a superhero similar to Batman, that can be called to fight crime (most Santo films were adaptations of comic books, where Santo the real life wrestler became Santo the fantasy hero). While this makes for a poor development of Santo as character (this would change in future Santo films), it makes the adventure itself the focus of the story, making "El Museo De Cera" one of the most atmospheric and captivating of them, as well as the one that gave Santo one of his best villains in his career.

Like in "Santo Contra las Mujeres Vampiro", the direction by Corona Blake is subtle but effective. A very visual movie, the mix of action film with Gothic horror sounds unlikely but once again Corona and cinematographer José Ortiz Ramos (who would create some of the best Bava-influenced imagery in Mexican horror) craft something that feels both haunting and creepy. It's not really a movie meant to be scary, but a movie meant to be enjoyed as a fun action flick with horror and creepy atmosphere as a setting. Despite the low budget, Corona Blake manages to pull off a classy final product that at times reaches the level of his previous Santo film, setting the bar high for future adventures of the masked wrestler (sadly, few films came close to it).

In this film Santo has an greater role than in the previous ones, although here he is still the superhero called to do fight crime. While not really his best acting, the script is cleverly built to not let his lack of experience mess with the film, certainly Coronoa Blake knew that his star was not Oscar-material. The whole opposite is Claudio Brook, who like Lorena Velázquez in "Las Mujeres Vampiro", becomes the center of the film with a terrific performance as Dr.Karol. With more than a subtle nod to Vincent Price, Brook creates a complex ambiguous character that at times looks like a villain, while at others is really a sympathetic man. It is his ambiguous nature what drives the film for the most part, making Brook's performance the highlight of the movie.

Like in most (if not all) Mexican fantasy films, the serious problem the film has is its really low-budget. While Corona makes the best that he can do with what he's got, at times the cheap special effects and the bad make up truly take away the feeling of the film. Another small quibble is that the film loses a lot of steam by the ending, as it becomes another typical film by the moment of the final confrontation. Still, "Santo en el Museo De Cera" is one of the better Santo films, as it presents an atmospheric movie with beautiful Gothic cinematography. Watch the subtitled version as like in most Santo films, the dubbed one is truly awful and doesn't give justice to the film.

Along with "Santo Contra Las Mujeres Vampiro", "Santo in the Wax Museum" is a great addition to a Santo collection, and another of the best films with Mexican wrestlers as main characters. It may not be a classic horror film, but it's an entertaining film with a great performance by Claudio Brook.