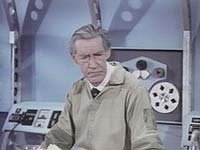 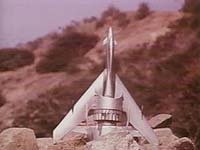 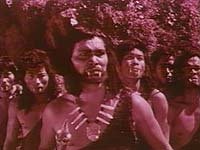 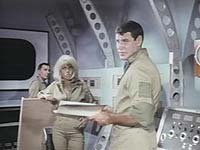 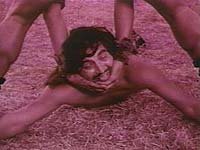 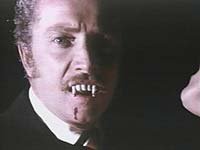 Following the gruesome and untimely murder of Al Adamson, his remarkably unique drive-in pictures are finally beginning to get the respect they surely deserve. As one who experienced many of the classic Independent International shockers on the big outdoor screen, I can testify that these films, which hold up remarkably well today, were even at the time like nothing else being shown on drive-in screens.

Horror of the Blood Monsters may be Adamson's ultimate cinematic mish-mash, a patchwork hallucination without peer, although others such as Blood of Ghastly Horror and Hell's Bloody Devils are certainly rivals for that honor.

After an arty animated credits sequence by unsung graphic genius Bob LeBar, this glorious mess begins with our favorite overwrought narrator, Zandor Vorkov shouting inchoate "beat" poetry such as, "I am the Vampire!", while several dumb fools on-screen (including the director and cinematographer, supposedly) run around in the night wearing dime-store Halloween fangs. This segues into the story proper, which is a very cool, low-budget space opera, uncannily similar to Dave Hewitt's amazing The Wizard of Mars, and one is not surprised to learn that Hewitt did, in fact, supply some of the props and footage from this outer space epic for this picture. It's also fun to see a couple of stock shots of Jack Rabin and Irving Block's sublime miniature space station from Roger Corman's incredible War of the Satellites.

When our intrepid space explorers land on their designated planet, the color film turns to a strange tint, like a sepia-toned silent film, for here this daring film poses its most auspicious cheat, incorporating stock footage from a black and white Filipino monster movie about cave people and claw monsters.

One of many highlights in this most trippy film is a newly-shot scene wherein Vicki Volante and Robert Dix have intercourse in a groovy space bed, a jaw-dropping moment which catapults this film into pure sexploitation territory.

The ongoing juxtaposition of weird monochrome Filipino footage with colorful new U.S. footage makes for a jarring and completely compelling viewing experience, and as with most, if not all Adamson drive-in legends, one is encouraged not to follow the plot too closely; like a good drug trip, you are just supposed to just sit back and enjoy the show! Even the hyperbolic and generic title hints that patrons are supposed to seek cheap thrills, not deep plot, from this bizarre collage of a movie, an excellent example of imagination and montage from various sources used to good effect in the service of "throwaway" commercial cinema. Al Adamson will live forever in these exquisite films which, for some of us, were like seeing High Art on the Big Screen.

Review by Atomic_Brain from the Internet Movie Database.