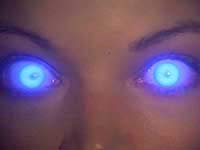 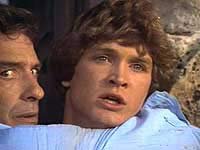 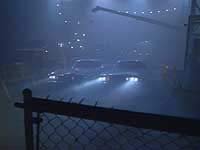 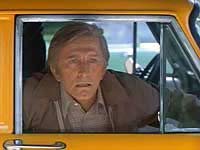 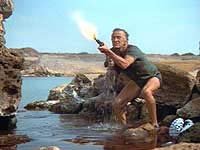 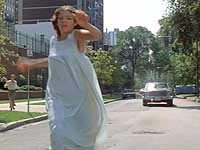 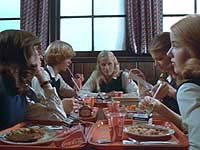 Brian De Palma's early films tend to deal with a very clear, but oft overlooked, set of themes: homosocialized male power, gender warfare, voyeurism and sex, whereby all gender is a performance and white male heterosexuality needs to be rigorously, determinedly, infinitely reenacted to be maintained with any coherence, often by repeatedly destroying that which it defines itself against (homosexuality, femininity, the Other etc). Meanwhile, personal and social voyeurism (pornography, fantasies, government surveillance, national spying) overlap, and his characters, when they're not appearing on television, can often be found making their own movies, doing their own prying, or displaying themselves as spectacle.

Along these lines we had sororicide in "Sisters", in which feminized and masculinized twins jostle for control, and incest and matricide in "Obsession", in which a father usurps his wife to be with his daughter. Next came "Carrie", in which telekinesis becomes a metaphor for a girl's blossoming into womanhood, little Carrie White fighting off various groups of monogamists, nymphomaniacs, romantics and repressed fundamentalists. Then we had "Dressed to Kill", where a trans-gender's "anima" (Feminine Personality) kills women to prevent her "animus" (Masculine Personality) from being aroused, and "Scarface", which links castration to the ennui of late capitalism, Tony Montana's phallic M16 swelling only as the law of the jungle encroaches on his empire.

"Scarface's" theme - "money, machismo and powah! as impotency" - is revisited in "Body Double". But here it is cinema which simultnaeously assuages and encourages impotency, man essentially acting out fantasies by entering films via "body doubles". From here on, De Palma's films would increasingly be about "cinema as redemption", of film – against any and all narrative logic – having the power to redeem. So we have the redemptions of "Carlito's Way", "Femme Fatale's" wholly illogical divine interventions, and the DNA strands, spirals and linked hands of "Mission to Mars", a filmhologram teaching us of a kind of hokey cosmic brotherhood.

Regardless, "The Fury", like "Carrie", traces a girl's maturity into womanhood, though here her growth is parallelled to that of a young man. Her name is Gillian and his name is Robin, both introduced with highly sexualised scenes (he wrestles his naked father to the floor, she struts about in a skimpy bikini).

On the cusp of adulthood, both Robin and Gillian are captured by a secret organisation which hopes to turn them into "Alphas", harnessing their burgeoning sexual energy so that they may become military weapons. As both Robin and Gillian are taught how to redirect their libidinal drives, De Palma treats us to a series of kitschy training sequences. "His body is getting stronger," a government nurse says, Robin eventually turning into a kind of carnal, hyper-sexed muscle man who seeks to metaphorically hump everyone to death with his telekinetic prowess. Gillian, in contrast, is repelled by human contact. For Gillian, telekinesis is invasive, a form of mind rape, disgusting and repellent (she essentially sees menstrual blood after each psychic experience). While Robin embodies sex as a violent, masculinized act (male as dominant), Gillian is repression incarnate (woman as victim).

The monstrosity in both films is that of adolescence, of potentiality, and those who paid most dearly for it are the conservators of a repressive adult order. What becomes clear in "Carrie's" final scene, though, is that Irving is the guilty narrator of that film, and was in her own devoutly monogamous way equally guilty of twisting Carrie. The final nightmare of Carrie's bloody hand trying to drag Amy below brings to the surface this pervasive guilt embedded into our culture.

With "The Fury", Irving thus gets a chance to revoke all guilt. De Palma shoots the film with a kind of ridiculous vitality, everything super-fast and super-charged, a style suggestive of permanently sexed, ultra horny adolescence. The film is one big boner and Amy Irving's climax – literally the orgasmic climax of the film – is nothing less than a cinematic ejaculation in which she finally steps up to the plate and (her symbolic father and brother are now dead) asserts her raging femininity, literally causing John Cassavetes – who plays an evil government agent who hopes to become Amy's symbolic fatherdominatorlover – to explode. She, in all her glorious womanness, causes him to get the most massive of erections and the most massive of self-destructive orgasms, his head quite literally exploding in a geyser of blood, flesh and semen.

Silly? Yup. But the whole film is so deliciously over-the-top (Kirk Douglas plays a hilarious grey haired, muscular super-man ); a feverish sex-comedy dressed up as a thriller. Indeed, Godard was so impressed by "The Fury" that he cited its giddy dynamism as the reason he returned to popular film-making.

Beyond this, De Palma's usual obsessions are here: extended set pieces, government conspiracies and themes of what he calls "image validity" abound. So we have an early battle sequence "staged" and "passed off as truth" by movie cameras. We have American kids manipulated into hating Palestinians by having fake Palestinians attacking an Israeli outpost (still timely). We also have an interesting shot in which Gillian uses her powers to "flash back" to a past event. This event is projected on a screen behind her, De Palma's camera orbiting around her body in the present. The scene manages to play out like an allegory for the cinema experience, in which something from the "past" enfolds us in the present whilst we remain situated in our own space.