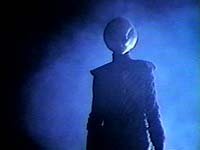 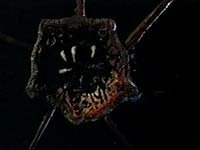 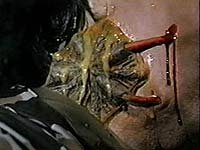 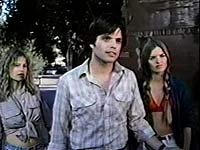 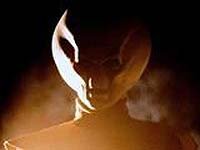 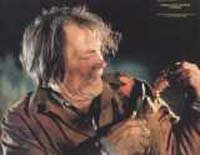 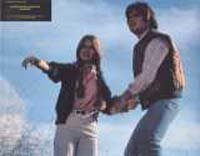 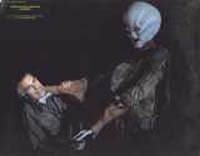 This movie RULEZ. Don't listen to the negativists: they seem to be patently refusing to get into the spirit of things, probably turned off by the low budget, utterly ordinary & banal settings, ludicrous plot twists and unhinged performances. But trust me, this is what I do for a living: Anyone with a taste for outrageous, low budget Amercian made regional horror will find a masterpiece here waiting to be unleashed.

The plot is already summed up well by other admirers: Alien being decides to go hunting in the woods of what looks like rural Oklahoma using an elaboration on those flying pancake monsters from the old "Star Trek" series that would smack onto someone's back and drive them insane. These have revolting little teeth, pincers and claws, glom onto people and suck the ooze out of their brains. The Alien himself is right out of Whitley Strieber -- a 7 foot tall gray who's motives are never explained and who's demise is one of the most satisfying conclusions to a "horror movie" I have seen in months. The Alien's flying pancake killings are gory, inventively staged, unpredictable in occurrence and made to create squeals of disgust from viewers, who if they allow themselves to get caught up in the proceedings will feel like they are 10 years old again & watching Creature Feature matinée when they should be outside doing chores. Even without any exploitational nudity, this movie is a guilty pleasure dream come true.

BUT, the thing that entranced me the most about the film was -- amazingly -- the performances, or rather the job of the actors in personifying the community of individuals depicted, all of whom come across as real people in the same way that "The Simpson's" characters also feel real. And what an amazing, once-in-a-lifetime cast!! It's almost worth it just to see all these people involved in the same movie project: Cameron Mitchell at his grizzled, method acting best. Martin Landau immersed in another role that absorbs him whole like a sponge; Landau's Oscar for ED WOOD was no mistake. Ralph Meeker as a bar patron who's bemused indifference to the proceedings is only matched by character actor Burt Davis, who's response to being informed that he is in the middle of an actual alien invasion is to order up another beer. Neville Brand, a pre-fame David Caruso, former child actor hearthrob Christopher S. Nelson, a wacky Larry Storch and frequent monster movie monster Kevin Peter Hall all contribute wonderfully. And the under-seen Tarah Nutter makes a very believable young heroine shoved into the role of saving her planet whether she wants to or not.

But the movie is stolen lock, stock and smoking barrels, by Jack Palance, God bless the man. Usually cast as a scheming, duplicitous villain, here he plays a completely unhinged local hunter who happens upon the invasion and decides to go Mano-a-Mano with the Alien, weathering no less than three close encounters with the flying pancakes & surviving them all by slicing the things off his body with a knife. Anyone else (except maybe Cameron Mitchell) would look ridiculous while cutting off a goo spewing alien pancake monster from their thigh but somehow Palance manages to find a performance in the routine. And again, here is evidence that his Oscar for CITY SLICKERS was no accident either: He is a national treasure who's distinctively scarred face should be added to Mount Rushmore & his story enshrined in a monument.

How else can you put it? WITHOUT WARNING may be the ultimate Jack Palance movie (aside from maybe SHANE and CAN BE DONE AMIGO) and is so utterly perfect in it's execution that I was howling with glee at finally encountering a movie that pushed nearly every geek nerve button in my skull. I love the low budget effects, offbeat performances, totally unremarkable settings, the unpredictable story arc and the climactic ending which got a round of applause from the house. The movie looks like it was filmed in & around the woods down by the drainage ditch about three blocks away, and is proof that you don't need a huge budget, a moron A-list face like Tom Cruise or Brad Pitt or flashy computer generated effects to make a very satisfying little creature feature. All you need is enough imagination, guile & ingenuity to make such happen yourself, though having a Jack Palance and a Martin Landau handy will certainly help.

And that leads me to my one problem with the film: Landau's crazed Vietnam veteran character. It's not that his actions were implausible, it's just that it would have been more fun if he and Palance's equally grizzled hunter character had "teamed up" and pitted their combined mental instabilities, paranoia and capability for violence against this thing. Someone goofed on the screenplay level and missed an opportunity there and as such my rating for this is diminished from the 9 star affair it really should have been. But make no mistake & listen not to the Negative Nellies from Sector Nine: You won't regret investing your 90 minutes into this movie if low budget horror alien invasion and wacko backwoods regional quirk films are your cup of tea. If they aren't go rent the comparatively vacant WAR OF THE WORLDS with Mr. Cruise, who compared to Mr.Palance does not even come across as being convincing at playing a guy who holds a day job & owns a cat. Give me junk like this any day of the week.