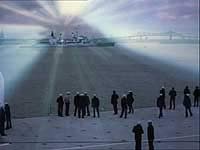 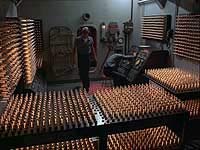 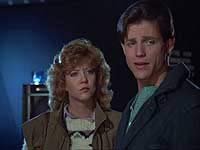 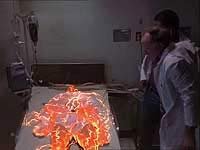 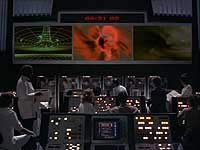 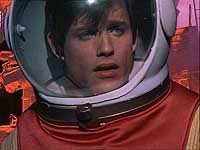 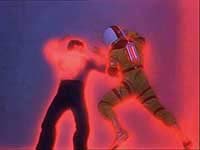 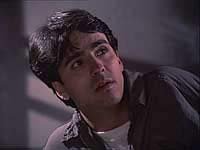 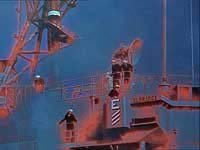 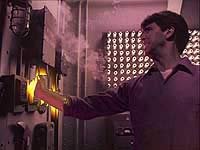 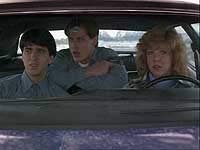 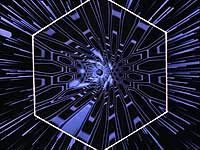 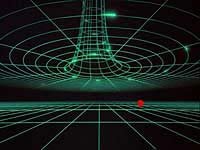 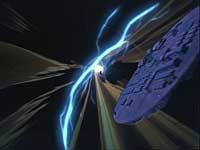 This hasn't gone down in the annals of sci-fi history as one of the great sci-fi stories of all time, but it's an enjoyable enough story and features pretty decent performances from the two leads, Michael Pare and Nancy Allen. It ran the risk of becoming little more than a time travel, fish out of water kind of movie but it overcame that in the end by becoming an interesting and thought-provoking story about the danger of science (or at least scientists) pushing things too far when they really aren't sure what it is they're dealing with.

The movie begins in 1943, with the US Navy conducting an experiment to see if it could render the USS Eldridge invisible to enemy radar. In the movie, they not only succeeded in doing that, they accidentally put the Eldridge into some sort of space and time vortex, while two of the crew members, after leaping overboard, inexplicably found themselves in the middle of the Nevada desert in 1984. In that time, strange weather patterns are emerging, and it turns out that another similar experiment has been conducted, which somehow linked the two experiments, creating this "rip" in the time-space continuum that's now threatening to devastate the world.

The premise of the movie is OK, and it's based on some urban legends of what happened when the US Navy really did experiment with trying to make naval vessels invisible to German mines using electrical fields during World War II. The actual "story" is that the Eldridge, during one such experiment, actually did disappear from the Philadelphia Harbour in 1943, appear briefly in the harbour at Norfolk, Virginia and then reappear in Philadelphia, apparently having gone backward in time a few seconds. That's legend. There's no evidence that any such thing ever happened, but it makes for a good story. The movie builds on that story, adding the story about a 1984 experiment and creating a more dramatic story of time travel as a result.

Pare's character is David Herdeg, an Eldridge crew member who gets trapped in 1984, and Allen plays Allison, who meets him in 1984 and becomes his helper, companion and love interest. The romance element of the story I could have done without. The relationship built too quickly, and while Allen's performance was good, I didn't find the character of Allison to be especially believable. Pare was pretty good portraying David struggling to figure out the world of 1984. (It's a bit jarring to watch this almost 30 years after it was made, trying to imagine the technology of 1984 as mysteriously futuristic. I mean, they still used rotary telephones in this!) The movie weakened at its end. The romance, again, didn't help and it seemed a little bit rushed, although the ethical dilemma was highlighted as David finally encounters the 1984 version of the scientist who had conducted the 1943 experiment and wonders why, given how disastrous the 1943 experiment had obviously been, they would try it again.

It's enjoyable enough, though. It's not a classic and I'd characterize it more as a time-waster than anything else, but it's a decent time waster.

Review by sddavis63 from the Internet Movie Database.