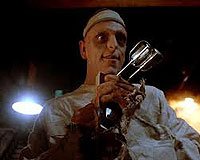 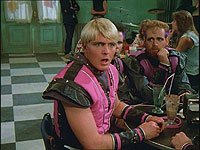 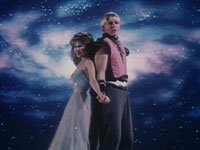 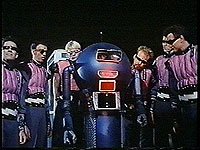 When Pia Zadora was rising to fame in the early 1980s she was always sold as a coquettish sexpot, from posing nude for Oui magazine to starring as Stacy Keach's teen temptress daughter in "Butterfly." Even her first album, "Pia," had the former Broadway performer heavy-breathing her way through soft pop songs, as if whispering into a lover's ear (until a chorus of back-up singers barges in, drowning her out). It was the career her then-husband Meshulam Riklis wanted for her, not the one that best suited her abilities, the multi- millionaire seemingly over-estimating her acting skill while underestimating her singing chops. That's not to say Pia wasn't complicit in this career plan; I just always got the impression she didn't want to be an international sex symbol as badly as her husband wanted to be married to one. As a result, Pia Zadora was a Hollywood joke before the '80s hit their midway point, with 1983's release of "The Lonely Lady" the punchline.

Things started to turn around by 1985, but before they did there was 1984's barely released musical comedy "Voyage of the Rock Aliens," a last ditch effort to establish Pia as a movie star. It's a step in the right direction for Pia, playing to her strengths — singing and light comedy — rather than trying to present her as a barely-legal seductress. Unfortunately, even though she's stepping in the right direction, the movie she's in stumbles.

"Voyage" is the story of a rock n' roll obsessed aliens (portrayed by the band Rhema) who, after a screening of the video for Pia's duet with Jermaine Jackson, "When the Rain Begins to Fall," beam down from their guitar-shaped spaceship to the town of Speelburgh (insert eye roll here). Speelburgh is known for its toxic beaches, horrible fashion and camera-mugging. Also, there's some sort of beast with rubber- tentacles living in its waters that no one seems to notice. Pia plays Dee Dee, a cherubic high school hottie dating Frankie (Craig Sheffer). Frankie is a leader of the rockabilly band The Pack, though he never once performs with it. And he doesn't want Dee Dee to perform with the band, either. The aliens, dressed like they hail from the planet Chess King, have a hard time fitting in until they introduce the teens of Speelburgh to their synth-heavy, New Wave-ish sound and before you know it they're being invited to play at the Heidi High cotillion. Then the aliens' blond commander ABCD (pronounced "Absid") gets one look at Dee Dee and literally explodes with desire. Once re- assembled, he decides the quickest way to win Dee Dee's heart is to allow her to perform with the aliens.

Also: Michael Berryman escapes from the local Hospital for the Criminally Insane, going on a chainsaw murdering rampage while the late Ruth Gordon pops up from time to time as a clueless sheriff, because why not?

Though "Voyage" is a comedy, it's seldom funny in the way its makers intended (only Alison La Placa, as Dee Dee's best friend, gets any genuine laughs), and not nearly as funny as the drama "The Lonely Lady." There is some fun to be had at Craig Sheffer's expense as he lip-syncs "Nature of the Beast" while slinking around the woods and jabbing his cheekbones at the camera, and Pia's otherworldly fashions (complete with an unflattering side ponytail held in place with a spool) will inspire some embarrassed titters. Still, "Voyage" will produce more groans than guffaws.

And then there's the music. To be fair, there are a few listenable tunes. I liked Rhema's song "21st Century" well enough, and Pia does all right with "When the Rain Begins to Fall" and "Little Bit of Heaven" (both songs hits in Europe), but otherwise the music ranges from forgettable to out-and-out terrible. Though more in her element, the quality of Pia's vocals is often inconsistent. Not helping is "Let's Dance Tonight," a retread of one of Zadora's cheesiest efforts, "Rock it Out," down to pushing the star aside so back-up singers can shout the chorus over and over again (which amounts to shouting the song's title, over and over again). No wonder people were so astonished when she belted out pop standards on the 1985 album "Pia & Phil". As for the dancing, well, it's energetic!

"Voyage" isn't the worst movie in Pia's filmography. It is, however, the worst in many of her co-stars': La Placa, Berryman, Gordon, the band Rhema. Even Sheffer, whose credits include such gems as "Killer Virus" and "Merlin: The Return," probably winces when reminded of his lead role as Pia's bubble-butted boyfriend. Yet "Voyage" retains some charm as harmless, extra-cheesy fun, even if it ultimately fails to live up to its potential as an ahead-of-its-time "Earth Girls Are Easy" and is instead a forerunner to 1989's "Dr. Alien." Then again, "Voyage," "Earth Girls Are Easy" and "Dr. Alien" would make a helluva Bluray triple feature, so feel free to run with that idea, Shout Factory.

Review by ascheland from the Internet Movie Database.