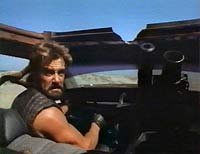 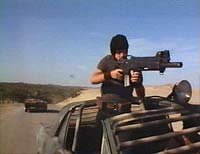 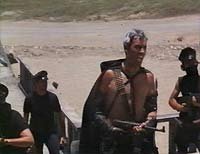 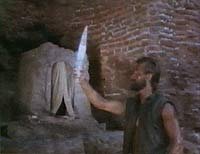 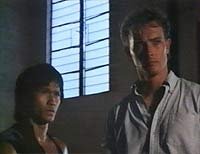 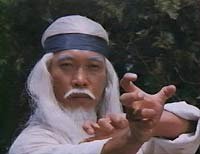 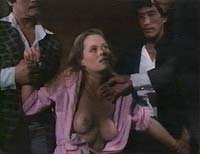 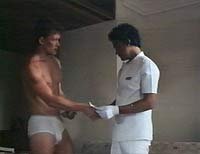 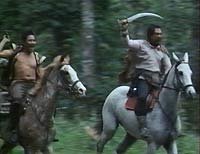 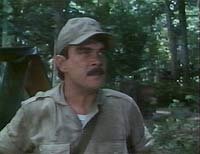 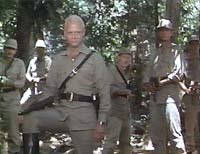 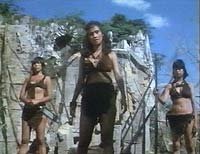 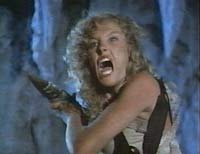 I saw this movie last night and, considering myself to be a fairly good b-movie buff, I was quite surprised I had never come across this movie before. It has to go down as one of the better third rate action movies of the 80's (think Gymkata, and so on); highly ridiculous plot, cheap production, cardboard acting, but a whole Hell of a lot of fun and consistently entertaining.

To explain the plot would take a forever, and there are so many holes in it any way I would wear out my? key. But, roughly, here is what the movie has to offer- A magic spear, time traveler, biker gang, Nazis, kung fu tour guide, kung fu master, Asian mobsters, Mongol warriors, cave dwelling midget Mongols, Amazon women, a Pit of Death, earthquakes with Styrofoam boulder tossing, a car chase that is at night one minute then during the day the next, improbable helicopter sabotage, two people one parachute parachuting, Bonehead Nazi henchmen, four midgets pound a Nazi to death, a whole lot of spear chucking, alligators chomping on Amazons, a very decent kung fu fight, and even more.

Highly, HIGHLY, recommended for the b-movie fan. I could watch it over and over again it is so gloriously bad.

Review by iaido from the Internet Movie Database.