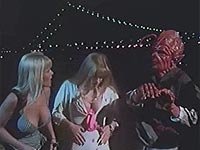 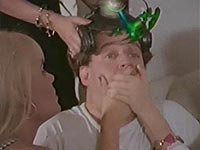 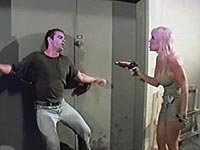 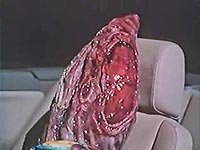 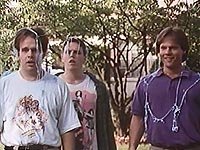 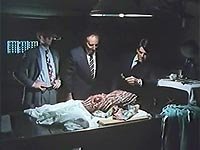 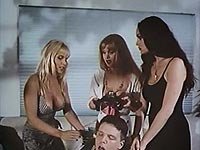 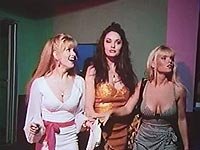 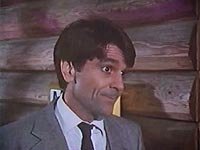 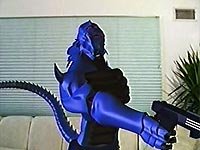 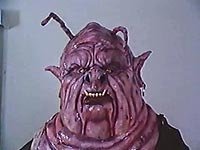 Three hideously ugly, fat, bald, pig snouted alien creatures have just arrived in New Jersey and use their bracelets to transform into sexy, large-breasted Earth women. They immediately kill three horny teen boys whose parents are away for two weeks on vacation, take over their house and start luring men back there to seduce and kill. Using some strange contraption that fits over their head, the victims are sucked dry of all their vital fluids. Said fluids coming from sexually aroused human men are sold back on their home planet as some sort of drug and all that's left from the drained bodies are wrinkled, pulsating pod sacks, which leave the local authorities understandably baffled. Inept, clumsy British police detective Michael Oakenshield (Leon Head) is soon on the case. Too bad he's such a moron he can barely use a key to open his office door without destroying half of the police station in the process. He's paired up a with new partner named Jack (John Knox), who's a little more competent, and the two try to figure out what's going on. The alien babes make quick work of joggers, police men who show up on their doorstep and half the guys at a local bar (where Charlie Callas cameos as a bartender). There's also a silly romantic subplot when Oakenshield literally bumps into a lady named Shampay (B-movie Queen Michelle Bauer), who is also brand spanking new in town. Seems to be a trend. Unfortunately, none of this is nearly as much fun as it sounds.

Don't get me wrong... I love a good B-movie and can't pass up a film with a title like this, or a title like REVENGE OF THE TEENAGE VIXENS FROM OUTER SPACE or BAD GIRLS FROM MARS, both of which I actually enjoyed. I went into this film expecting a funny, silly good time, not some cinematic masterpiece. It just never seemed to hit the right note of cheese movie lunacy. The forced comedy elements consistently fall flat on their face. The "humorous" dialogue is irritating, the slapstick gags are irritating, the characters are irritating and no one in this movie ever shuts up. It's also overly populated with pointless side characters. Too much time is spent at the police station and too little time is spent on the exploits of the alien vamps. The movie is also ugly to look at, with flat photography. Movies like this benefit from bolder, gaudier colors instead of the washed out look. Though some of the latex makeup designs are somewhat decent (including a naked alien with eyeballs instead of nipples), the visual effects are some of the worst you'll ever come across.

One part they did get right is the casting. Blonde J.J. North, redhead Theresa Lynn and brunette Leslie Glass (a Penthouse Pet who tragically died of cancer in 2000) are all hotties and spend most of their time in and out of skimpy clothing. The guy playing the main detective isn't a bad actor; he's just stuck playing one of the most annoying characters ever. Bauer is a delight, as always, and Knox is pretty good as the partner. There's also a role for Joseph Pallister, who was Playgirl Magazine's "Man of the Year" in 1993, and he does pretty well in a smaller role. Director Bohus gave himself a cameo part. He also gave one to fellow B-movie director Fred Olen Ray, who can be seen leaving a club... and sporting a mullet. Bad Fred!

All in all, a wasted opportunity. A would-be campy, sexy horror sci-fi flick that fails to amuse and entertain.