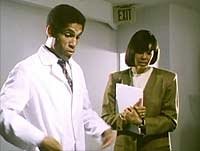 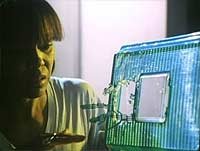 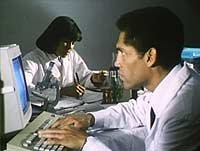 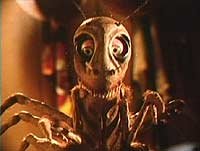 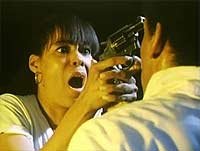 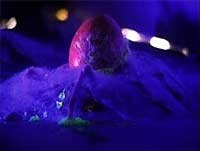 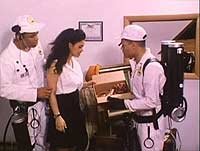 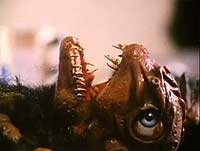 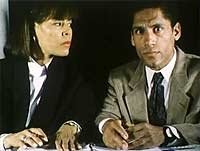 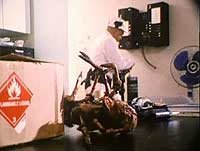 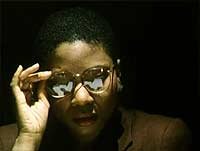 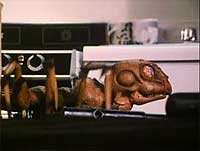 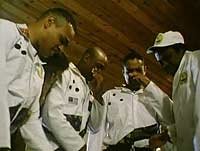 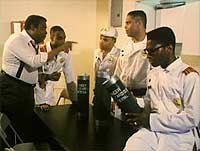 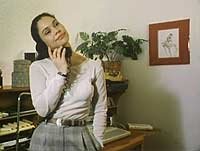 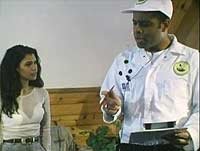 I received this movie as a birthday gift because all of my friends know I'm a big fan of low budget Horror flicks. Kaufman Studios have always made the cheesy gory flicks that delivered. I loved to watch their films at home on rainy nights with my family...until I saw Bugged...WHAT HAPPENED?

This Movie started out with a pretty good concept about mutating bugs and even added some slick comedy but overall the writing is just bad and that was mistake number one. Ronald K. Armstrong should learn to first be a better writer before becoming a filmmaker. After reading the Credits we discover he gave himself the most important role in the film!?! two words Mr. Director "Acting Lessons" OK? Mr. Armstrong joins the ranks of other writer/directors who cast themselves in their own movies and that's mistake number two.

The only thing that I believed saved this film was the artistic camera work and the musical score, (let's hear it for the crew!) The cast of other actors who in the beginning of this production seemed a bit cold, really warmed up toward the middle and end of this production. Everyone pulled together and helped to pull this film off. Ronald Armstrong may lack the talent to ever become a decent Director or Actor but, I'll say this of him-He seems to know how to organize people to get them all to come together and pull his productions off.

This film, I have to say can be an inspiration to any young filmmaker who dreams of making their own movie because if Mr. Armstrong was able to pull this off, Any one else can too. If you get a chance to see this film, watch it for the sake of getting inspired to do "Better" in the future. Hollywood needs bigger and better Horror Flicks to keep this genre coming back from it's grave.

Review by khudozhnik36 [IMDB 26 May 2006] from the Internet Movie Database.