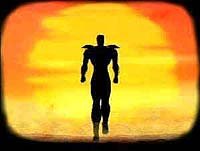 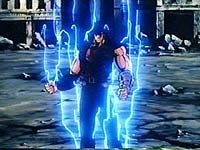 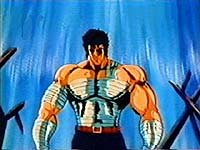 Fist of the North Star is definitely the best anime ever created- certainly the most violent, in fact, anyone who has the grace to see this film should note that this could very well be the most violent film in any genre of any time period; it makes Clockwork Orange, Natural Born Killers and the entire Living Dead trilogy combined look like amateur demonstrations. True, it comes from the same minds that have developed some of the sickest and most perverse entertainment on planet Earth, but what's strange is that it's terrifyingly beautiful all the way through. While the ending gets weak, the animation in and of itself from first frame to last is remarkable and captures all the feeling that goes in and with these characters.

The story as well, while at times set up like the video games it inspired, is also quite credible, er for a kids movie. And yes, I said a kids movie, or at least that is how it's understood in Japan being that there is no real nudity and language past SOB and bastard, but can still go no holds barred in earth shattering battle scenes. While not without having some off-putting material in the nature of the violence and in some of the hints of the subject matter, it's not without having its true merits as a genre picture. It might be the best 'cult' anime film ever produced; an absolutely incredible must-see for all anime fans and even strident American animated patriots might want to look in the non-violent scenes for care and fortitude.

Bottom line, the Fist of the North Star motion picture is one of the best animated films ever presented.

Review by MisterWhiplash from the Internet Movie Database.