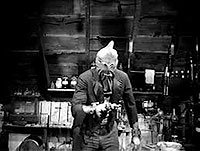 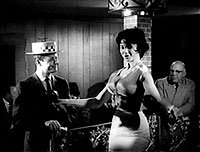 The Ghouls, who backed up Morgus on his theme song "Morgus the Magnificent," included none other than fellow New Orleans institutions Dr. John and Frankie Ford (of "Sea Cruise" fame), so at least he has that going for him. Just keep that cheery thought in mind as you suffer through this. Morgus has been off the air since Katrina hit, but said in a posting to his online fan site that he's hoping to return to the airwaves. Fortunately, his leather-clad fetish-boy assistant Chopsley made it safely through the storm as well. The New Orleans laboratory is described as miraculously intact, and he's working on an invention which will present such a catastrophe from ever happening again.

Review by Richard Brandt from the Internet Movie Database.