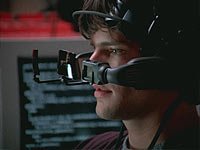 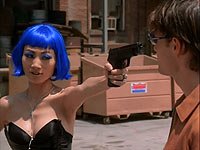 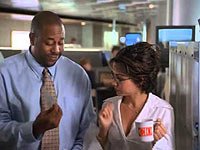 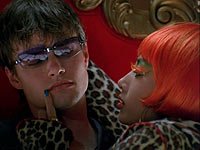 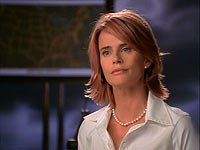 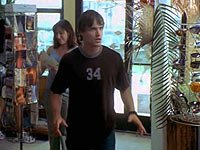 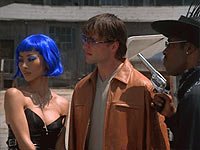 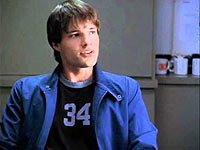 "The hottest sex, the coolest technology, the most extreme adventure you've ever experienced. Anything's possible in SHOCK, the ultimate reality challenge," according to the DVD sleeve description, "America's best player is being pulled in to the ultimate cyber-terror. The game's mastermind has stolen his identity, put him on the FBI's most wanted list, and is blackmailing him to take part in a REAL twisted plan of world destruction. With just hours left, can the code be broken to save the world from total annihilation?"

The above synopsis is accurate, but the first sentence is extremely misleading.

Chances are very good you will find neither the "coolest technology" nor the "extreme adventure" promised. As for the "hottest sex," forget it. There is, actually NO SEX in "Storm Watch" which was re-titled "Virtual Storm" then "Code Hunter" (the title, at least, keeps getting better). The cast is very good looking, especially lead actor Nick Cornish (as Nick Chase) and his main female co-star Vanessa Marcil (as Tess Woodward); really, they look more like models than computer geek and lady reporter.

It's nice to see heroic "Highlander" star Adrian Paul (as "Neville") as the story's main villain, but his "AI" character dies on the vine. Wearing a succession of neon wigs, Bai Ling (as "Skylar") also drifts into irreverence. Tone-Loc and Coolio play non-musical roles. Of the others, programmer Scott Rinker (as Mason Neville Kemeny) is nicely cast and essays his characterization well. Bit player Adam Lieberman is outstanding as the hotel clerk. As company leader Richard Cox (as Richard Clark) says, "The proof is in the pudding."

Review by wes-connors from the Internet Movie Database.