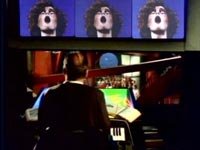 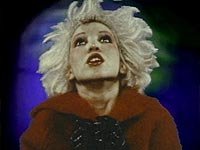 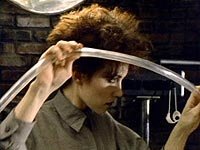 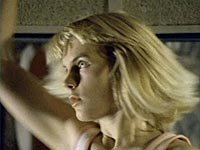 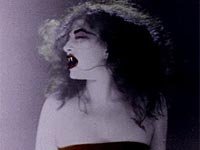 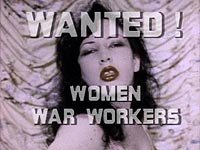 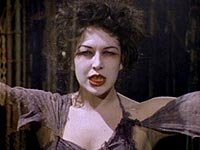 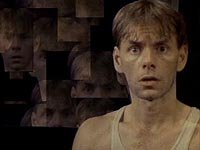 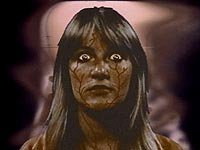 I'm a record collector and somewhat of a music connoisseur. I am most interested in punk and Avante Garde music yet I've never heard of the Screamers, Tomata Du Plenty, Sheela Edwards or Population 1 prior to seeing it. After discovering the trailer for it on youtube my interest was peaked enough to order the DVD and it was well worth the $20.

I hate to hype things up for fear that what I say won't live up to expectations (I've had plenty of movies ruined on myself because of too high expectations) Well, let me just say that the music, tone, acting and direction in this movie are creatively beyond compare. The closest thing that I could relate it to would be if Frank Zappa, Roger Waters, Malcolm McLaren, Ray Bradbury and the producers of Pee Wee's playhouse got together with a cast of random people from a late night early eighties after party and got strung out on every drug imaginable to make a movie utilizing the very first video production techniques similar to early MTV music videos. In addition to all of that, there are the 2 main characters as themselves, Tomata Du Plenty and Sheela Edwards, both of whom are as convincing and talented as any actor or musician that I have ever seen. Strangely enough, besides this movie, Tomata doesn't seem to have any other acting credit and Sheela Edwards is virtually unknown.

Sheela caries the movie with her amazing voice. Her style and looks morph throughout the picture from glamorous to scary to sexy to dumpy. Her voice reminds me of Debbie Harry and is every bit as good. Her singing style and the music in this movie is a mix between Avante-Garde, Punk, New Wave, No Wave, Jazz, Broadway and Rock Operas. Then there's the main character, Tomata du Plenty. In a style which is a cross between a 1980's kid's Saturday morning cartoon TV host and Jim Morrison narrating "An American Prayer" he narrates the story of his life, his memories of what America meant to him and his love affair with Sheela, appearing in and out of random, unrelated moments throughout the early to mid 20th century. His story is a mix of moments in literary fiction mixed with actual historical events. He speaks in prose sometimes hinting that everything he says is merely his own twisted interpretation of the bits and pieces of what he remembers of the way that America was before the big bomb hit. He is the sole survivor and appears optimistic despite the fact that he's alone for the rest of his life. He dances and drunkenly stumbles about his walled in apartment telling his story to an audience of appliances and video cameras.

Tomata's brilliant performance left me wondering why he was never cast in other movies, every movement and action is so believable, it appears continuous and unrehearsed yet carefully calculated and unintentionally endearing. This movie gets better and more interesting as it moves along, there is never a dull moment, it was only the ending that to me was a bit of a let down. Watching this movie is like trying to interpret the strangest but most meaningful dream that you've ever had. On the surface, this movie appears a bit dated and at times can seem like a disjointed but artistic mess yet it flows so well from one scene into another. Nothing about this movie is ever pretentious or phony as other movies that try too hard to be like this are.

The 2 disk DVD set comes with tons of special features including live Screamers performances from the 70's. After hearing the music, I can't get over the fact that they never signed a recording contract which explains why they are so forgotten. I explained this movie to all of my knowledgeable record collectors, independent movie lovers and musician friends. Surprisingly, no one, not even those who were big into the music scene during the time of this movie had any knowledge of it. I really hope that Lady Gaga's people don't get a hold of this movie. She's one who is known to mine creativity from forgotten sources and then people credit her as being a creative genius. If you're tired of the American Idol modern music scene and if you find yourself disgusted by contrived Hollywood garbage music movies like Across the Universe then you'll probably love Population 1.

Review by xynphix from the Internet Movie Database.