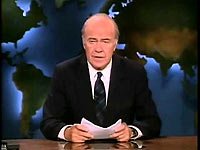 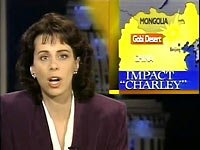 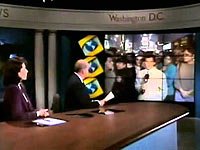 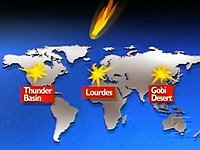 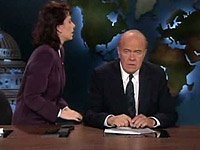 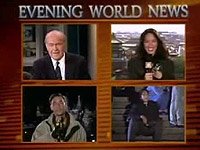 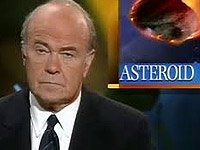 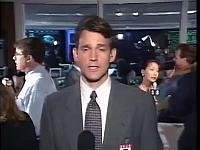 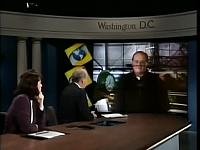 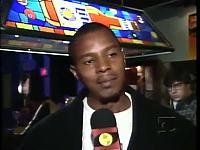 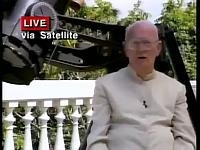 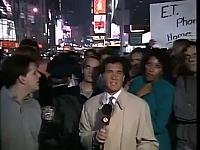 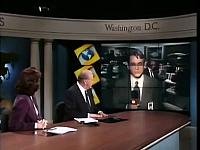 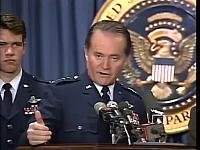 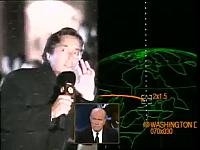 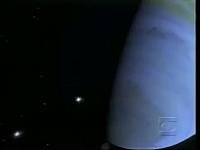 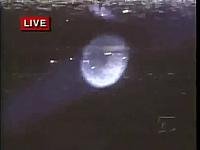 In 1938, Orson Welles and the Mercury Theater on the Air broadcast an adaptation of The War of the Worlds. That drama, told in the style of a news broadcast for its lengthy opening segment, has become legendary. Legendary, in part, for its creativity and partly for the panic it's said to have caused. Fifty-six years later, CBS would try a similar approach on television with Without Warning, a drama with the look and feel of a breaking newscast, complete with anchors in studio and reporters in the field, covering a cosmic event. The experience remains, after twenty-five years, an intriguing one.

Using the radio War of the Worlds as its starting point, right down to referencing the town where the Martians first landed (albeit moved halfway across the country), Without Warning is very much its own thing. Like the earlier broadcast (and indeed NBC's nuclear terrorism drama Special Bulletin from 1983), it imagines the extraordinary through the eyes of TV news. This TV movie wasn't to feature a Martian invasion, though, but the fall of something else from outer space, something very much back in the headlines following the headlines created by Comet Shoemaker-Levy 9 plowing its way into Jupiter over the proceeding summer. The new threat would be asteroids, if with a bit of a twist.

Looking at Without Warning now, having seen it as a youngster on its first broadcast and via DVD a couple of times, it's hard not to be impressed by it. Creating a faux newscast is easy (see the number of films that have done so, including Independence Day released a couple of years later featuring numerous examples). Sustaining it across ninety minutes and a two-hour timeslot with commercials is a different task.

Thankfully, director Robert Iscove (working from a script by journalist turned screenwriter Peter Lance, from a story credited to him, Jeremy Thorn, and Walon Green) keeps up the pretense throughout. That's partly down to employing former news anchors such as Sander Vanocur and Bree Walker, who, despite spending careers behind newsdesks, make good actors, for the most part. There's a couple of moments of stiffness, but, as 911 would prove nearly a decade later, that might be closer to reality than one might think. Adding in real-life figures like Arthur C Clarke having interviews alongside plausible talking heads of government officials, SETI scientists, and an Ancient Aliens type, all add to the atmosphere.

Knowing viewers at the time and audiences watching years later know, of course, that none of it is real. The original broadcast had disclaimers on it both at the beginning and in commercial breaks, even citing the Welles War of the Worlds broadcast before featuring a town that was in it. Elsewhere are familiar faces in the cast, such as Jane Kaczmarek, playing the on-air science correspondent Dr. Caroline Jaffe, who would find fame a few years later as the mom in Malcolm in the Middle. Meanwhile, one of the on-site reporters in Wyoming is John de Lancie, who'd found a following as Q on Star Trek: The Next Generation (having appeared in its series finale just a few months earlier). Character actors, faces you'd know if not names, litter the cast, including the ever-dependable Phillip Baker Hall as a NASA scientist and Alan Scarfe as an Air Force General. Like the 1938 radio broadcast that inspired it, the movie also uses accelerated time, with an unlikely number of things happening in the space of two hours to be entirely realistic. That's the secret to its success, doing as Welles had more than a half-century earlier: getting the audience so involved with the drama that the question of time might not occur to them.

Not to say that Without Warning is perfect. The acting from its supporting players is incredibly variable, with the mother of a young girl found at one of the impact sites and the on-site reporter at the Lincoln Memorial in the film's closing minutes both overacting to the point of almost breaking the reality. In terms of being a drama, it also raises some plot threads that it never entirely resolves, including the missing population of a town and various sightings, all of which may, or may not, tie into the eventual plot. Not that real-life reporting isn't like that, but it's something that does hurt the drama of the piece. The movie also suffers from moments where it's lack of a bigger budget are all too apparent, such as Bree Walker's rescue of a young girl toward the start around a couple of small fire, and in some of the less than convincing greenscreen of actors in foreign locations. All of which takes some of the shine off the final product.

On the whole, though, despite some of its issues, Without Warning remains a compelling artifact. While it didn't cause the panic Welles did, though apparently there were some complaints to CBS affiliates across the US, it presented a compelling tale of the end of the world unfolding in front of viewers for Halloween 1994. A quarter of a century later, it remains a slick piece of work, an artifact of a different era. In the age of the internet and social media, it'd be near impossible to pull off the same trick again.

Review by timdalton007 from the Internet Movie Database.