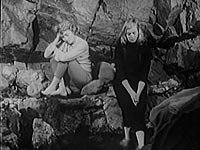 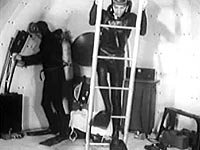 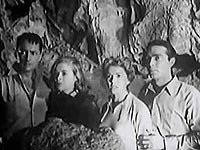 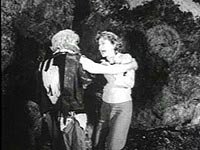 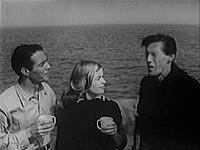 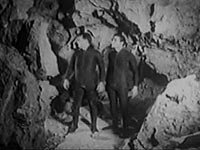 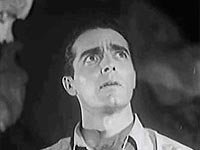 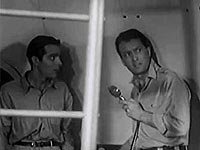 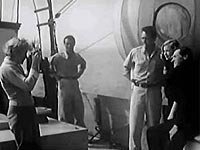 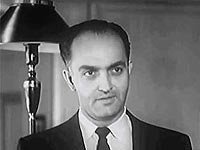 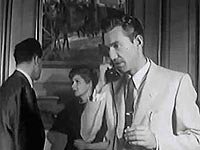 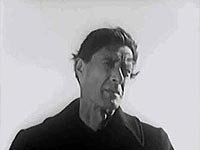 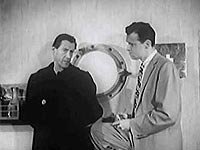 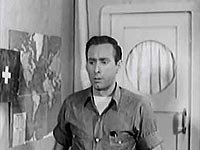 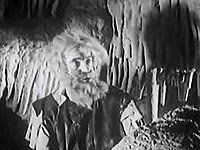 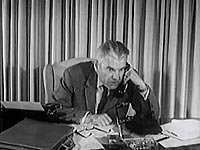 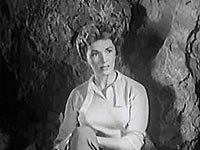 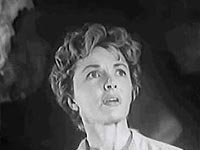 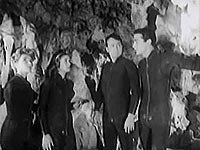 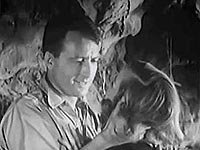 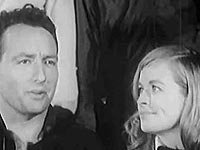 Fellow film-buff's, let me provide you with a sampling of some of the dialog you can expect to hear, just to give you an idea of what your delving into. "How long's he been out of oxygen? - Only a few minutes. - I'll get him some coffee."

Veteran hack film-maker Jerry Warren brings us.......The Incredible Petrified World.......though don't be fooled by the title, because there's absolutely NOTHING "incredible" about it, not even close. Never does it build up (let alone sustain) any real action, suspense, excitement or even a modicum of interest - just pure boredom all the way through. The trials and tribulations one would expect to experience when trapped inside a cavernous underwater cave, lifelessly limps to the big screen! With all the excitement of (insert your phrase here).

Jerry-boy must have cranked this one out in a week or less, because it looks and sounds painfully cheap and it's so antiquated it creaks, but above all else, is it's over-powering boredom, like few other movies can do. Which is entirely consistent with the two other "Jerry Flicks" I've seen over the years (The Wild, Wild World of Bat-Woman and Frankenstein Island). And with "The Incredible Petrified World" once again I find myself watching (for the LAST time) yet another pale and lifeless Jerry Warren.......action movie - fasten your seat-belt's everyone, the excitement will be historically epic.

Here's the general set of events: We start with an angry sea for the opening titles, followed by 4 minutes of underwater photography - fish and octopus's' mostly, which turns out to be part of a lecture on marine biology and diving bells, wasting no time were then off to a ship that has a diving bell and down they ( 2 guys 2 gals) go, the cable breaks, their sh out of luck, or so they think, dawning SCUBA-gear they escape the bell and swim into a cave that somehow is filled with air instead of water, it's here where the movie is at its most boring and pointless, just 4 people farting around in a cave for the last 35 to 40 minutes of the movie. Expect to suffer through several long and dull scenes of people constantly talking about the lamest things, these horrendously tedious scenes equal up to absolutely nothing, however, they just might lull you to sleep - pity their audience. At the half-way point, this movie features one of the lamest cave-dwelling villains you'll ever see, complete with a flagrantly fake-looking beard, his very existence there is completely ludicrous. Who claim's he got there "the same way you did" - not likely, for such a misplaced simpleton. After a cave-in or two all 4 luckily escape the cave and scuba to another diving bell (John Caradine and his top-side team were looking for them) and live happily ever after.

Pure dreck - at least this movie is fairly short, barely an hour. One gets the notion that they needed: 1 - a better director, 2 - a completely different cast, 3 - at least twice the budget, THEN this limp, so-called adventure film might have been something worth watching. My DVD copy of The Incredible Petrified World is part of a cheap collection called "The Best of the Worst". What does that tell you. The sound is bassy and muffled and the picture was equally hideous, with an overall very poorly preserved gray-scale and there's lots of scratches and speckling, plus the picture and sound "jumps" at least twice a minute. This cheap Jerry-Flick is simply a thing of pure wretchedness.

Ultimately just a dismal, dismal, dismal excuse of an adventure film, by one of cinema's all-time least talented directors, Jerry Warren. People stay away from this man's movies Re-organizing your sock draw will provide you with more entertainment. If you're ever unfortunate enough to encounter this movie, alcohol would certainly improve the situation or at least help you get through it. I bet watching a static-filled, 12th generation VHS copy, dubbed in Portuguese, episode of My Little Pony would probably be less painful and less boring.