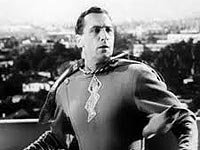 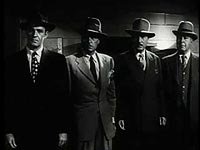 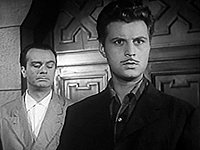 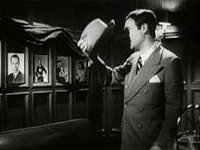 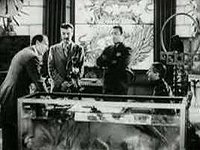 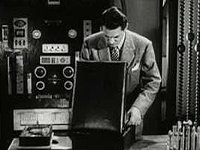 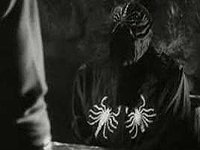 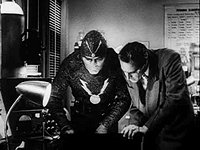 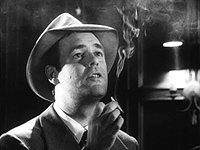 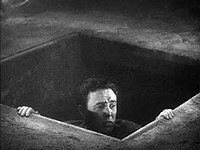 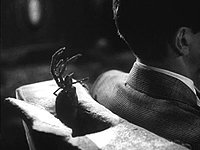 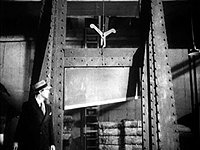 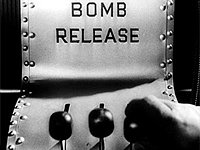 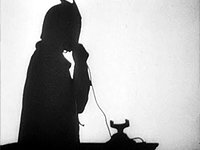 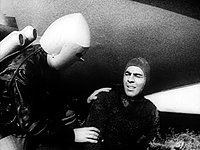 To say this movie is a laugh-riot is an understatement. Phil Proctor and Peter Bergman of Firesign Theater fame re-cut many of the Saturday afternoon movie serials and government propaganda films from the 1940's and 50's such as Captain America (The Lone Star), Radar Men from the Moon (Rocket Jock - look for Leonard Nimoy), Flash Gordon, Shazzam (The Caped Madman), and Spy Smasher (Spy-Swatter) to name a few (plus a very short clip of John Wayne from Flying Tigers) and re-voiced, and re-scored it all creating a uniquely absurd chronicle of Good vs. Evil.

During the course the film Proctor and Bergman, shot in black and white in the J-Men's office, bridge the various scenes. The result is without hyperbole, one of the funniest films ever made. It is essentially, line after line, line within line, moment by moment non-stop hilarity. Often the comedy is in the writing but the real magic is how the lines being spoken or in some cases not spoken are meshed with what's on screen. The humor can be as sophmoric as a person being apparently executed by a firing squad and noisily farting as he collapses to sharp and witty as several obviously square, stone-faced individuals (in matching suits) nervously glancing at each other as they listen to a particularly lurid Rock n' Roll song.

This is the story: The Lightning Bug (all the bad guys from the movie serials-same guy, different costumes voiced wonderfully by Machine Gun Kelly) has decided to conquer the Earth from his hideout on the Moon thru the insidious power of Rock n' Roll music. Facing the Bug are the J-Men (all the good guys and gals from the movie serials plus Proctor and Bergman) who counter the evil Rock n' Roll menace with their own brand of government sponsored MUSAC such as "Mister Prissy-Faye & His Orchestra." The Bug initiates the war by blowing up Laurence Milk's warehouse full of square records in Polkawaltz, New Jersey. As the story progresses and the war escalates, the Bug introduces drugs (Marijuana and Hashish) into the fray thus bringing the J-Men to ultimately counter with all out war and destruction. The Lightning Bug responds by turning up the music to unsafe levels which results in the destruction the Moon and himself. The J-Men, most of whom were apparently killed in cliffhangar-like fashions throughout the course of the movie, are discovered to actually be alive. With the war won, Proctor and Bergman of the J-Men decide to "Go with it!" and share a joint.

This is one of those films where just watching it once will not be enough. There are so many jokes, quips, and asides thrown in one after another, and you will be laughing at it all so hard, you will miss some of them until you view it again...and later again.

Review by skycamjlk (skycam@pdq.net) from Houston, Texas from the Internet Movie Database.