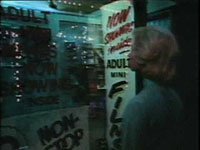 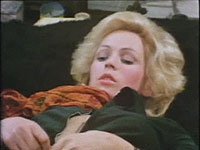 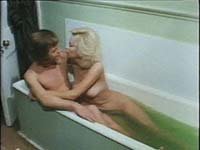 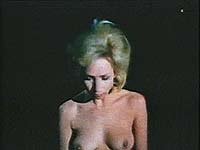 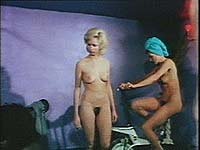 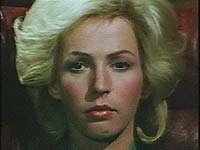 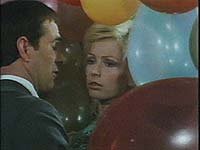 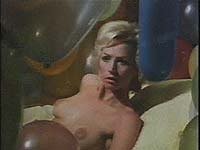 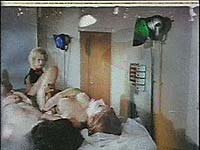 THE SEXPLORER is a low budget exploitation quickie from notorious director Derek Ford, whose SEX EXPRESS made the following year would prove to be even more outrageous and no-holds-barred than this film. By comparison, THE SEXPLORER is a slightly quaint enterprise, although they really shouldn't have attempted to make a sci-fi movie on such a low budget.

The film opens with an alien craft arriving in Soho. It looks like a ball bearing, and brings to mind the likes of GLITTERBALL, but other than an annoying alien spaceship voice we (unfortunately) hear throughout, there are no other sci-fi elements than that. The story sees German actress Monika Ringwald playing an alien in human form, who wanders Soho naked looking to soak up new experiences. Shades of LIFEFORCE here too, but it's not nearly half as good.

Interest in the story fizzles out about half an hour in and we're left with a series of scuzzy vignettes showing Ringwald meeting up with various sleazy characters, one of them AUNTIE's Mark Jones. There's a general cheap and dirty feeling to the proceedings, with scenes set in massage parlours and sex cinemas; Ford no doubt felt most at home in these surroundings and admittedly the scene-setting works well. A shame, then, that the attempts at comedy are so forced and laboured, and that Ringwald has zero acting talent. As with nearly all of these British sexploitationers, THE SEXPLORER offers rampant nudity, some sex, and not much else.