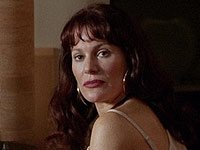 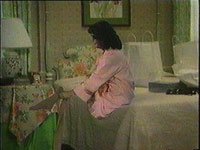 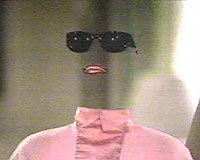 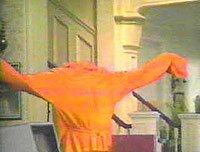 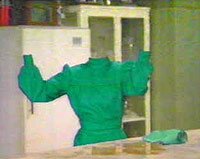 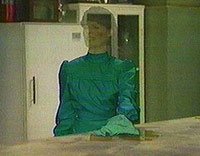 Ironically, I did not like Bob Denver's TV series, Gilligan's Island, at all, but here as the Uncle for The Invisible Woman, I feel that the casting choice was quite appropriate for his role as Dudley Plunkett.

Alexa Hamilton was also fun, portraying as she did the protagonist who felt embarrassed and nonplussed at her bizarre situation.

Reluctant at first but then encouraged by her Uncle Dudley, she quickly accepts and even realizes the advantages of invisibility, especially with regard to her journalistic career.

The main appeal for myself here is the special effects. Especially impressive is the bathtub scene where we can see the soap suds eerily suspended around an invisible body. Quite realistic. Another favorite scene for me is the action of applying the makeup that restores her face to normal visibility as well as the scene in the car where she removes the makeup. Quite realistic to see her face disappear bit by bit.

Review by monastery-83917 from the Internet Movie Database.