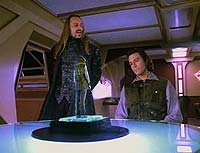 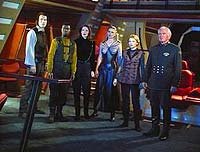 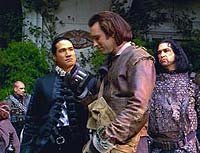 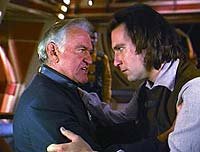 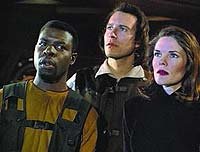 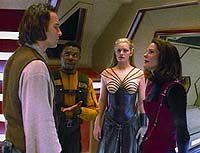 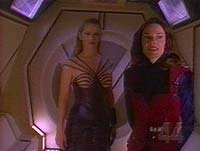 As a movie, it's a bit flat and the plot reads like the summary for a Nintendo game. Her's sister gets kidnapped by the bad guys, and he gathers a ragtag team of adventurers to save them. A retired general, a reformed bad guy, a telepath, a kid (not as annoying as Wesley), and some woman whose purpose is to take up space on the bridge. The movie can't match StarWars for effects, but it's marginally better than Episode 1 and Episode 2.

As a TV Pilot (which it is), it's very similar to Andromeda, with a civilization thrown in chaos, and the heroes having to restore civilization to save the galaxy. It's a 70s type space opera with improved effects and better set design. While it had the same potential but the "To Be Continued" type ending can lead you with a bad taste in your mouth if you're not ready for it. I was somewhat saddened to find out that there was no series, so the entire movie was a setup for an ending that will never be made.

Review by gfreeman6942 from the Internet Movie Database.