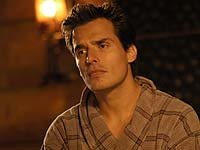 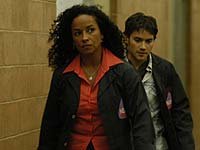 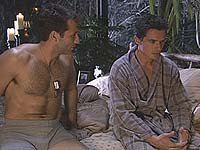 Madison Taylor (Rae Dawn Chong) at Near Earth Asteroid Tracking Society has discovered a hidden asteroid on course to destroy the world in a day's time. General Dutton (Michael Moriarty) at the US government's Project Safe Skies dismisses her. Her only hope is former air force Major Richard Donovan (Antonio Sabato Jr.) and an asteroid-destroying laser which might be no more than a government boondoggle.

This is Deep Impact without the explosive CGI or the reasonable characters. I like the idea of a government boondoggle and secret weapon. Everything else is less compelling and less well-written. The miniature budget does limit the production. I got bored with Chong and Sabato in a long back and forth. This is cheap TV with one interesting idea among a sea of weak writing and production.

Review by SnoopyStyle from the Internet Movie Database.