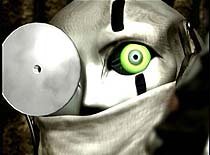 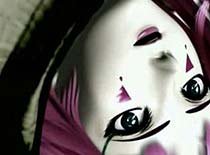 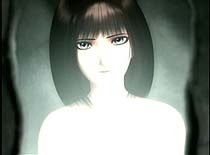 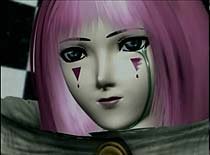 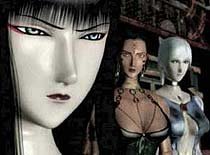 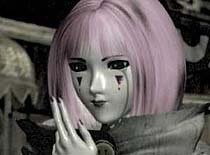 A long-standing interest in anime, a glimpsed online review of a desperately obscure CG title, and the 5-year hunt was on. Well, today I finally managed to get my hands on this title and watch it.

What of the film? A full review and analysis would take pages, but there are definitely shades of a much less-populated Blade Runner in its premise, as well as Chiaki Konaka's earlier work, "Serial Experiments Lain," in the denouement. One of the most distinct characteristics of the film is its full-3D CG animation, reminiscent, both in its style and graphical simplicity, of video cutscenes from role-playing games such as Final Fantasy VII. Such a style is rare even now, and for good reason, since full-CG movies haven't often been successes (see Final Fantasy: TSW and Kaena for example). It also dates extremely fast. All the more remarkable that a full seven years after its release, the graphics in Malice still work extremely well, and I can't think of a moment in this film when I found them jarring or distracting. Working within a tight budget, the filmmakers managed to wring every drop of visual performance from their technology. Even character movement, which much more recent CG films like Appleseed have ended up botching, is pulled off with aplomb, due in no small part to skillful editing and camera angles. The character, mechanical and environment designs, such as the nightmarish Leukocyte, are excellent though often very obscured and abstract, and owe less to glossy hyper-futuristic fare like Final Fantasy: TSW than to Dali, Svankmajer and Brothers Quay.

The plot has been subject to frequent complaints in reviews, and it is slow and, not atypically for Konaka, extremely oblique; however, anyone moderately well versed in cyberpunk philosophy should be able to make sense of it in the end. The film is, ultimately, dreamy, elegiac and intelligent, and, above all, it manages to create enormous sympathy for its nonliving characters. At its core, it's about the titular character's search for escape from her hermetic life. Throughout her transformation from a stoic sex droid to a passionate, tormented human, and beyond, I felt very moved by her plight, especially given her claustrophobic, hopeless surroundings. The supporting characters, like Admin Joe and Heather, are excellent as well.

The Japanese voice work is very good, and, last but not least, the soundtrack is very sparse, beautiful and fits the film perfectly.

All in all, this is not a flawless film. It is, however, unique in several ways, not least in how wonderfully it works within the limitations of its medium. Definitely recommended for fans of unconventional, yet rewarding fare.

Review by proterozoic
from the Internet Movie Database.