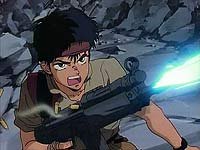 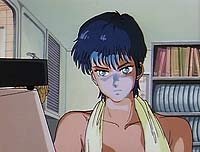 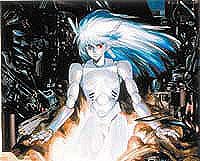 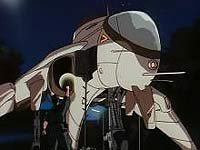 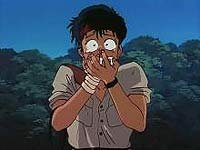 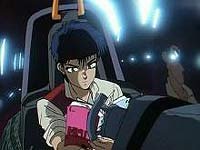 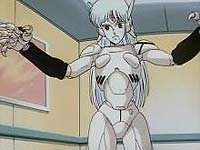 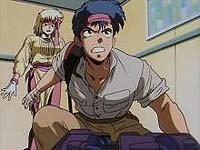 Ok, so it opens with the obligatory nekkid chick shot, the plot is basically The Terminator, the characterisation, dialogue and voice talent (in the English dubbed version) are just what you'd expect from a 12th grade media project, and the facial expressions are exaggerated Japanese home market stuff (this appears to be a series pilot).

However, this is a pacy little action flick, cleanly animated at an acceptable frame rate, with plenty of scene changes and none of the tedious long pauses or pans across static backgrounds typical of more artsy anime. It just gets on with telling an exciting story without delving into muddled metaphysical ramblings or over-stylised posturing. There are a few moments of genuine tension (spoiled only by the monotonous dubbed wails of Wimpy Female Victim) and in fact some of the English dub dialogue lines are delivered with something approaching real passion, an unusual treat.

Not a film to obsess over or watch 400 times, maybe not even worth a rent, but definitely worth catching on cable.

Review by RogerBorg from the Internet Movie Database.