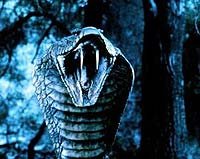 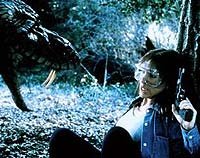 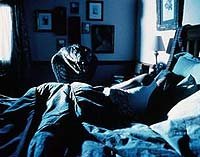 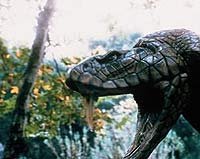 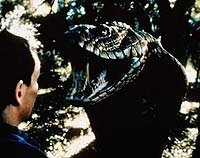 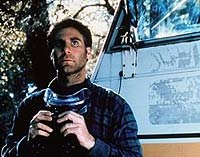 I'd like to start this off by saying that it's my personal belief snake-based movies are one of the lowest forms of sci-fithriller genre movies ever. "King Cobra" is absolutely no better than any other snake movie I've seen. In many ways, it's even worse.. I guess we should start with the acting. A possible savior in lesser-known, low-budget clichés. Well to skip an overly long summary, it was pretty mediocre on all accounts. Most characters have little actual dialog, little personality, and very little background. They're all extremely bland, and have little to separate themselves from each other. Pat Morita is probably the best in the movie, which isn't really saying much.

Next up would be the effects. Very crappy CGI is notable from almost the start. Most of the snake effects are slow and unrealistic considering they're always mentioning how "fast and evasive" it's supposed to be. It comes off as weird when you see the actual 'snake' have the reflexes and alertness of a retarded turtle. Last would be the plot. Which you can't expect a whole lot from in a giant terrorizing snake movie. However, whatever little was there was not implemented well whatsoever. The whole "hybrid" thing is barely mentioned even though it's the main trait of the snake.

I'd be really surprised if this wasn't commonly found in a bargain bin, or a pawn shop somewhere. It's really that bad. 110, although should be lower for the wasted money spent on it..

Review by RainofMagic from the Internet Movie Database.