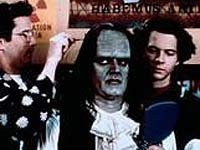 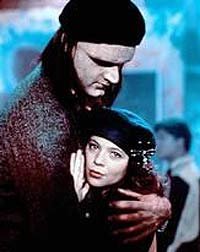 I used to have this movie on tape, but since then have taped over it. But this was one of those old tv movies that was actually funny! Not many tv comedy movies have really been this funny since those early 90s....take for instance Encino Woman or Problem Child 3...point in case. The plot of this film? Well, like I said I haven't seen it in years, but what I do remember was that Frankenstein was accidently discovered and thawed out by two college students and they tried to make him fit in with the rest of the students. They called him Frank N. Stein and said he was from a different country...a la Link from Estonia....hmmm....actually maybe that's one of the reasons I found this movie so funny. It really is the same as Encino Man, only it replaces the missing link with a typically horror "villian"....of course we all know Frankenstein (technically the doctor, the monster, of course, didn't have a name....) was just misunderstood, so if he was ever accepted, who knows how he would have acted, right??? If given the chance he could have been taught to be as groovy as everyone else. Frank even got a girlfriend in the movie....the real villian here was the Dean who would later play the Dean in the Eddie Murphy movie, The Nutty Professor, who ended up realizing the student's true origins with the great line...

Review by william-charles wenham from Arcata, CA from the Internet Movie Database.