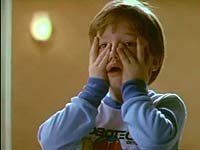 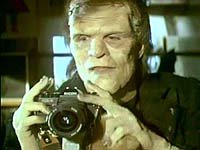 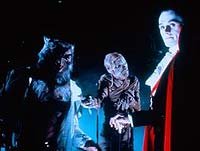 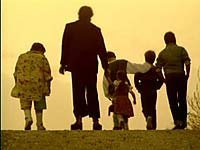 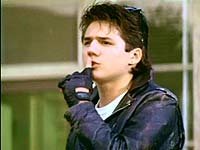 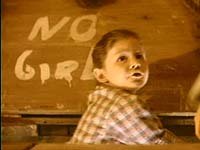 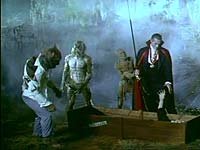 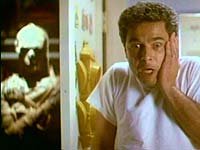 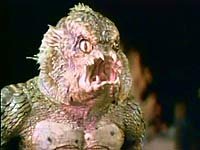 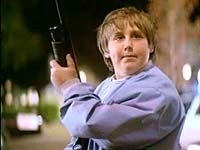 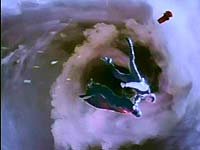 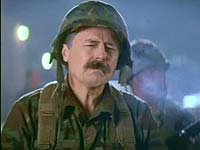 "The Monster Squad" is fondly remembered by many, especially guys like myself who actually were part of "monster clubs" in the 60s. Fueled by the release of classic Universal horror films of the 30s to television at the time, and the ubiquitous Famous Monsters of Filmland Magazine as well as the arrival of the great Aurora Plastics "long box" monster models....there were monster clubs nationwide. One suspects that director Fred Dekker was influenced by all this horrormania when choosing to helm TMS in 1987.

TMS hasn't aged particularly well. A recent viewing after first seeing this in a theater on it's original release reveals a number of problems with the film as a whole. TMS can never seem to decide exactly what it's going for. Horror? Comedy? Adults? Kids? For every silly moment and laugh, there's genuine unpleasantness. Characters are easily disposed of and instantly forgotten, such as the cop who gets blown up by Dracula. One minute he's spouting one liners and the next he's killed in a fairly grim fashion. No other character reacts to this in any fashion. The three vampire mistresses show up in classic Universal style, but are so obviously tacked on to the climax to provide the resident "badass" kid with a couple of kill shots we forget about them immediately. Only two are shown killed, so what happened to the third? The monsters, lovingly re-imagined by the late makeup genius Stan Winston, are so easily destroyed that we don't really care about them. They're simply there to be killed by a gang of kids, Scooby-Doo style. Only these kids use real weapons instead of their wits. Easier to shoot the Creature (known here as Gillman) and call it a day.

TMS appears to have been heavily edited since the "extras" on the new DVD release show a number of scenes that were cut. The simple plot of TMS could have used some of the deleted scenes to help fill the many, many plot holes in the final version of the film. What remains to be viewed really does play out like a cartoon. Heavily Un-PC in places (mostly some gay slurs hurled by resident mega-jerk actor Jason Hervey) firmly root TMS in the awesome 80s. Two things to look for here though, the startling reveal of Dracula as half-man and half-bat lying on the floor, and the jaw-dropping "head lift" of the little sister by Dracula, calling the tyke a "bitch".

The real hero of this monster mash is Eugene. He's little, has a dog named Pete, and no one, except for the US Army pays any attention to his encounters with the monsters. He has a couple of the movie's best lines, including the great "creature stole my Twinkie". In any event, TMS is still worth a viewing, decent effects for the time in which it was made and the natural inclination to see this homage to the Universal monsters as a low-budget rip-off of "The Goonies".

A good Halloween treat for adults who want to share a few thrills with their kids without excess amounts of violence and bloodshed. Despite the flaws, TMS still invokes that shuddery frisson in those who remember the good old days.

Review by Kingkitsch from the Internet Movie Database.