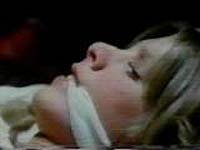 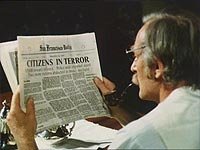 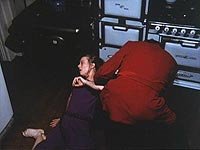 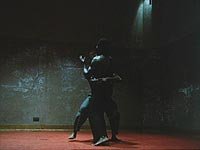 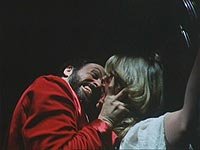 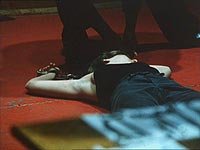 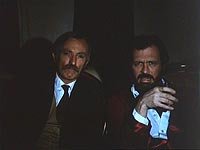 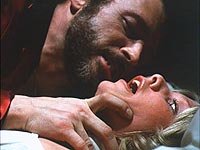 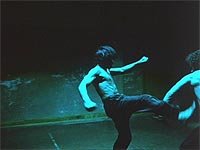 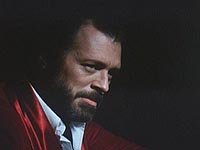 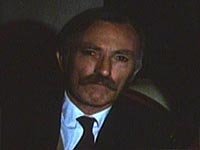 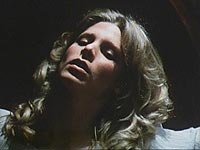 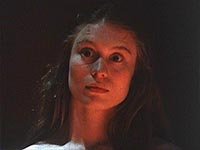 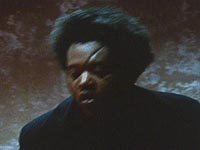 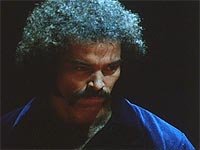 It be easier to save the U.S repo market than it would this dear reader's time by classifying what is truly the unclassifiable. Yep, i'm gonna have to chalk this one up to being an experience, one that will shock and stupefy even the most jaded of us.

This slice of Californian carnage was shot by three time only po-no director James Wood (this being his only non X rated credit) and written by, as well as starring (most likely directed by as well) San Francisco playwrightTV actor James Mathers. However, it should be noted that Wood also is down as producer, cinematographer and editor, so it wasn't a complete vanity project on Mathers' part.

Doesn't cancel the fact that much like Andy Milligan did with The Man With Two Heads, Mathers exorcises some real broken brain st through the framework of the Louis Stevenson novel by constructing a near formless, brooding screenplay that plays out like a 1930's Todd Slaughter melodrama scribed by a meth addict.

Camp and malice collide in a way that makes me feel uncomfortable in a way i'd never thought i'd enjoy. I find myself complaining so much about films not landing their tone right or, in more lazier examples, applying several, in the vein hope of steam cleaning critical thought off of an audience's brain. Yet, Dungeon of Death marries a jellypeanut butter pairing that will repulse some, and entrance others. It's an oppressive atmosphere that rivals the most intense offerings from the decade and is emblematic of the hysterical cruelty and cynical angst only found partnered in the late 70'searly 80's period of exploitation cinema, the most gonzo period, as well as being my favourite.

I found the re-working of the novel to be strange, as well as strangely elaborate. This Jekyll's backstory is gone into great detail and it's riveting pulp, regardless of it's economic value. Mathers obviously put effort into this, and the trademarks of a playwright are peppered throughout the film. List? How about extensive dialogue concerning off-screen action, a bit of the old improv from time to time, playing it all the way up to the cheap seats?! All of that wonderful theatrical nonsense. You get it here.

There is no nudity at all in this, despite a hell of a lot of sexual threat. The gore is minimal, with the violence mostly taking the form of Jekyll abusing his disabled entourage, presented with disturbing intensity. It feels like a rip off. You expect something more wet from a title like this film possesses. However, still a horror film. Still very horrific in feeling. I can't overstate how constantly oppressive the atmosphere is at times, like some inverted home invasion thriller. God, it's so weird. Not many films are like this, with it's eclectic score, overacting and strange lighting choices. I haven't even got to the kung fu yet, but i'll leave that for you to find out.

I'll conclude by saying that Dungeon of Death has no right to be the powerful horror film experience that it is. But it is. It's commitment to cruelty and amateur theatre, as well as having one of the greatest one sheets for an exploitation film i have ever seen, make it a hidden horror gem that is near indescribable.

Review by daniel-mannouch from the Internet Movie Database.