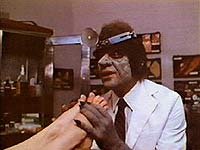 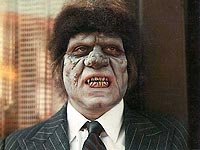 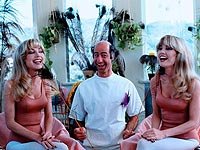 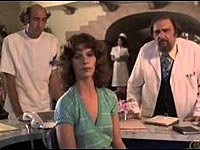 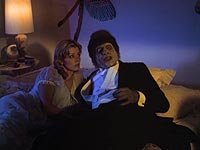 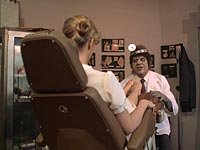 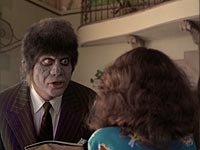 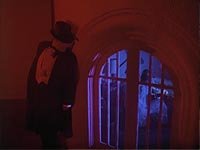 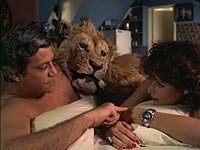 Reading the reviews and seeing how the film has the critics pretty divided, I decided to add my five cents and break a lance for "Dr. Heckyl and Mr. Hype".

The film is a rather bizarre affair, perhaps best compared to the slapstick-version "Jeckyll and Hyde  Together Again" (another underrated, pretty obscure spoof of Robert Louis Stevensons theme), although it's not quiet as slapstick-fueled and at the same time more anarchistic. If "Jeckyll and Hyde  Together Again" is a variation of "Naked Gun" or "Airplane", "Heckyl and Hype" seems to have climbed straight out of a "Mad"-magazine.

Oliver Reed obviously wasn't a born comedian but he has a rather dry, straight-faced humour that comes natural (which Reed has proved before in his portrayal of Tommy's father in Ken Russell's movie). This makes it much more comfortable than the forced slapstick of many actors who fancy themselves comedians. And of course (in his incantation of Mr. Hype), he isn't the Adonis that the movie makes him out to be; again, it's not the looks but his charm and there is no denying that "Sir Ollie" was a lady's man in his times. In his role as the ill-fated Dr. Heckyl Reed plays it lovable, evoking both sympathy and pity. Even if this type of humour doesn't tickle your funny bone, it remains an obscurity for being one of Reeds few comedic efforts.

Other than that, the movie is filled with weird & whacko characters played by Virgil Frye, Kedrick Wolf or Mel Welles. And, not to forget, the sadly departed Sunny Johnson as Dr. Heckyls love interest is cute like a button. And watch out for Dick Miller, playing a schizophrenic garbage-collector with multiple personalities, stealing all the scenes he's in.

As said: it's not for everybody. The fans of more intellectual comedies and followers of Woody Allen won't get too much out of it and, to mention that too, it's not altogether "politically-correct" – regarding obese women, colored midgets and paediatricians faces like a rubber Halloween-mask – but if you have a connection to that inner-child and a love for the trash-cinema of the 1970's and 80's, you might well give it a try and be pleasantly surprised.

Or maybe not – I still give it 710 points and that's based on personal preferences and as a dedicated Oliver Reed fan.