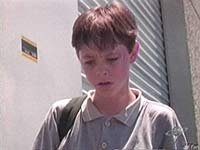 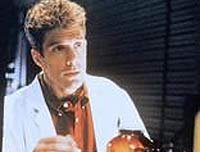 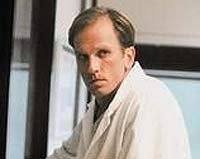 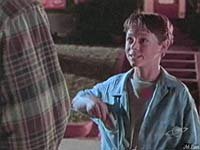 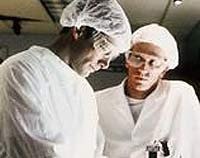 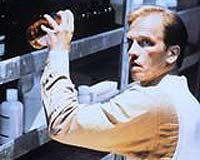 pretty simple: this made-for-tv movie is a real dog. i wouldnt get very excited about it, but the flick is worth watching if you can look at it from a tongue-in-cheek POV. first off, i think you gotta expect that anything coming from glen larson is going to be cheesy. i mean, come on; this is the guy who brought us Manimal, Automan, Knight Rider, Buck Rogers, and Battlestar Galactica. (hey, i love this stuff; just dont take it too seriously!) i might suggest doing something around the house while you have this movie on, as i'm not sure this rather slow and rambling film in itself is really enough to hold your attention.

the real treat in this movie is the appearance of kevin tighe of Emergency! fame. he plays the bad guy, and i had to chuckle nearly every time he was on camera. love the mustache, kevin!

i do think there are some intriguing conceptual elements in this film, however, and i'm not talking about the reconstitution of DNA, which we've already had a thorough explanation of in Jurassic Park. rather, the idea that there may possibly have been human civilizations previous to our own that could perhaps have been more technologically advanced than we are. that is interesting. AND, what of the notion that we modern humans only utilize 10% of our brain capacity? can we really use more than that, and did early humans use more than that? i think these are interesting ideas, that when reflected upon, say a lot about our current human condition and the civilization in which we live.

Review by linus moke from the Internet Movie Database.