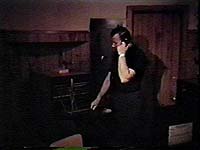 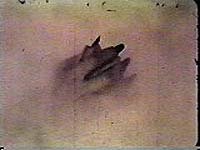 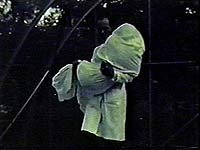 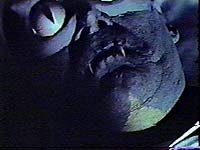 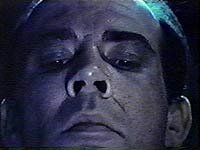 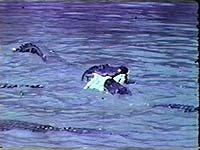 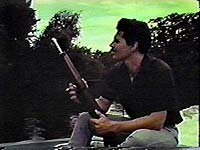 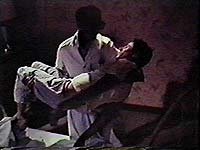 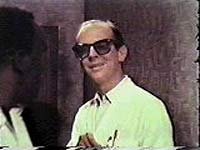 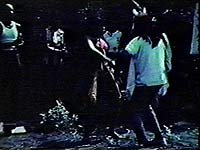 When I looked at the DVD, there were two strong indicators that the film would be of the absolute worst quality. First, it was made in the 1960s and starred John Agar. In the 60s, Agar had slid from appearing in A-films and was appearing in a steady stream of z-grade films. Second, the film was made by one of the most inept directors in history--Larry Buchanan. Other Buchanan 'masterpieces' include the horrendous MARS NEEDS WOMEN, ZONTAR: THE THING FROM VENUS as well as IN THE YEAR 2889--films that even Ed Wood would have been embarrassed to have made!! And, while it did turn out that CURSE OF THE SWAMP CREATURE is a horrible film in almost every way, it still is better than these three other films!!

The film begins with an oil prospector being murdered by staff at a sleazy hotel near the bayou. When another man from the same oil company (John Agar) comes to this tiny town looking for the dead man, the idiots who killed the guy decide to have on of them (a lady) pose as the dead man's wife--and say that she, too, is a scientist and will be carrying out her husband's work, as he's "unable to be here". This story makes no sense at all and why they would concoct such a tale is never all that clear, though at one point they say that they want to get Agar to show they where the oil is so they can claim it for themselves. Now considering that they would have to kill two oil company workers and then claim to have found the oil themselves makes it seem 100% certain that they would get caught.

At the same time, in a separate story, an insane researcher is kidnapping folks and doing experiments to turn them into swamp monsters. When the experiments fail, he tosses the victims into a swimming pool filled with gators. Eventually Agar and his group meet up with the insane scientist in the swamp. Not surprisingly, bad things soon begin to happen!

At many points in the film, the sound effects are either missing or badly mistimed. In one case, a guy is supposed to receive a phone call but the phone never rings...and then he picks it up anyway! Another time, the doctor's wife yells but the scream and the mouth opening and closing for the scream are several seconds out of synchronization! At other points, stock footage (particularly of the alligators) is terribly integrated into the film--and the gators make absolutely no sounds at all--even as they thrash about in the water. It's also funny, because they supposedly live in this small swimming pool but some of the clips show it is a larger sized lake filled with dirty brown water.

As for the acting, it's bad but I've seen a lot worse. The only seriously bad actor is the doctor--he over-annunciates and over-acts throughout. Perhaps Jeff Alexander improved in later years, but here he is the worst of the main characters--though none of them could be confused for real actors. Amazingly, the acting might just be the strongest feature in this film! The direction is lackluster and often seemingly non-existent. Some of the shots are poorly framed and look more like home movies than something anyone would actually pay to see. I am not sure if Buchanan is also responsible for how grainy the film looks--this could just be due to the ravages of time and a bad DVD print. But, considering his other films I'm inclined to assume the worst as far as his directorial skills are concerned.

By the way, the swamp creature of the title only begins to make its first appearance at the 74 minute mark--and then only a brief glimpse of its eyes. The actual creature in all its glory appears only in the final four minutes of the movie--and then mostly in distant shots or for a second or two at a time! With the words 'swamp creature' in the title, I sure was expecting to see a heck of a lot more!! However, I must honestly add that for a grade-z level swamp monster, there are actually one or two I've seen that wear much, much worse costumes (such as in THE HORROR OF PARTY BEACH and its swamp man who has a bunch of hot dogs sticking out of its mouth).

By the way, I watched an Ed Wood film earlier the same evening that I saw this. The Ed Wood film (THE VIOLENT YEARS) was 1000 times better...and yet, it too, also sucked! Overall, for technical merit, story, direction and acting, this one earns a 1 but it is strangely watchable for bad movie buffs. It is simply so bad that it's funny--as are all the Buchanan films that I have seen.