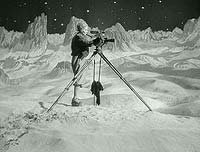 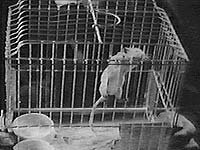 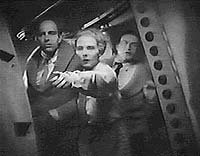 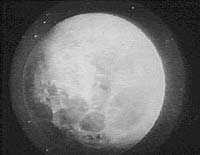 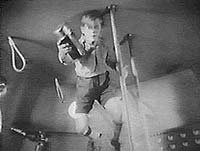 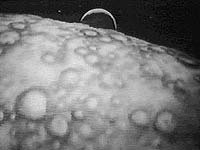 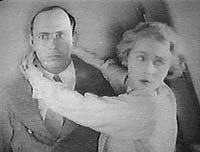 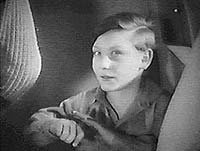 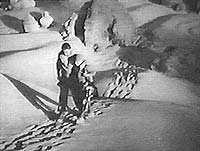 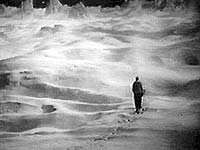 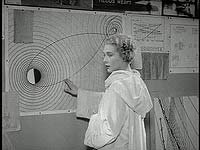 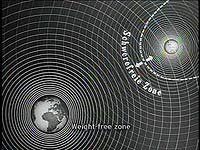 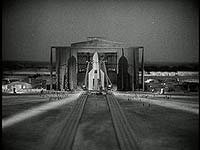 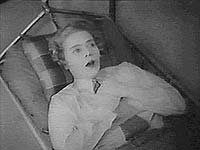 I first heard of Woman in the Moon (Frau im Mond) as a child reading about it in the Newsround Book of Space. In a section of the book about science fiction movies the film was mentioned accompanied by a photograph of the film. This picture always intrigued and stuck with me - three people and their rocket on the moon; very retro futuristic looking. I finally saw it many years later and was not disappointed.

Woman In the Moon really does deserve the title of a unique film, the movies feels like 50's science fiction movie, yet was released in 1929. The design of the rocket has that retro futuristic, egg shaped 1950's look while the painted moon backdrops look as if they could be in a 50's space fantasy film. Likewise actress Gerda Maurus has a very futuristic, metallic looking hairstyle. Science Fiction wouldn't become a staple genre in cinema for another 21 years and Fritz Lang himself was to create a sci-fi movie in the 1950's, which unfortunately never came to be. The movie also mixes together other time periods. Portions of the movie feel reminiscent of a Jules Verne story with that 19th century sci-fi aesthetic such as the apartment of Professor Mannfeldt with its vintage 19th century furniture, chairs and telescope.

Woman In the moon combines genres with a mix of espionage, melodrama, comic book sci-fi and even a helping of comedy thrown into the mix. Other moments feel like a documentary with scenes of scientists and diagrams explaining things; I love that stuff. Woman in the Moon was the first time ever (film or otherwise) in which space travel was depicted through the use of a multistage liquid fuel rocket; 40 years before man first landed on the moon. Considering this it's a shock that this movie isn't more widely known, especially in compassion to Lang's previous sci-fi epic Metropolis. Even later Nazi rocket science (and eventual American rocket scientist) Wernher Von Braun acted as an adviser for the film.

The film has its Cartoony moments such as the ever cliché image of close minded bearded scientists laughing and the insane or seemingly insane person is the one who is right but the message is clear, as Professor Mannfeldt angrily puts it "The progress of the world will not fail due to learned ignoramuses lacking in fantasy whose brains work in inverse proportion to their calcification". The movie's villain on the other hand is obviously modelled after everyone's least favourite evil dictator Adolf Hitler; he doesn't have a moustache but has the same parted hairstyle. Lang hated the Nazis before it was cool or before they even came to power.

The only major downside of Woman In the Moon is the run time at 2 hours and 50 minutes which I felt could have been be cut down. At the 26 minutes in until 50 minute mark was a section of the film which really tried my patience with its painfully slow setting up in real time but it's largely smooth sailing after that. The rocket launch is something to behold with the impressive miniatures and the very gradual build up. The rocket interior is in tune with a space fantasy even with its design taking the absence of gravity in space and G-force taken into account. The actors do an effective job of conveying G-force and not coming off as laughable. When on the moon the astronauts do not wear space suits, are able to breathe on the moon and did I mention there is also gold on the moon. I assume the filmmakers intentionally created a film which combined scientific accuracy and fantasy to create a film which has a great sense of adventure. The child stowaway on the rocket represents the schoolboy adventurer in us. The moon as seen here is a fantasy land full of mountains and caverns. Plus I love and I do mean LOVE the film's ending. Such an uplifting moment after we're led to believe the opposite but doesn't come off as contrived.

There are some subtitle issues on the Masters on Cinema Blu-ray release with white English text overlaying white German text.

Review by mmallon4 from the Internet Movie Database.