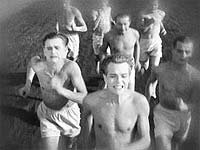 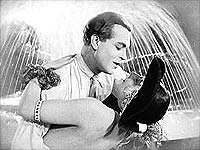 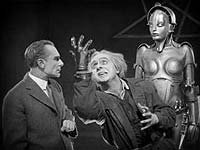 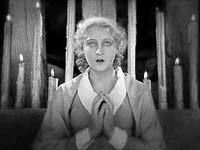 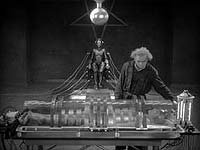 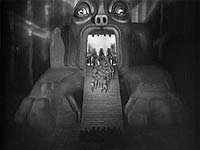 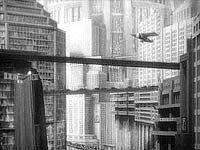 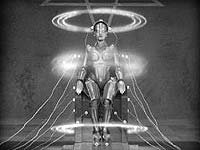 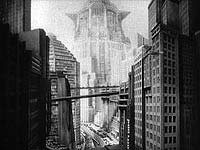 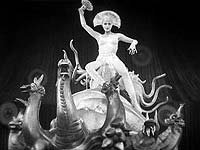 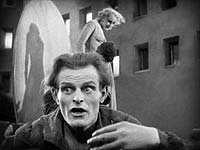 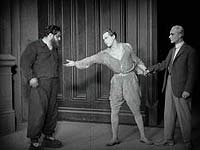 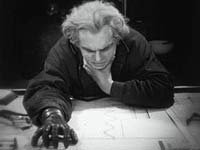 We have seen so many movies now that even those of us who study them tend to forget where certain familiarities were born. The science fiction elements presented in Fritz Lang's 'Metropolis' are so familiar to us that they have become not just the genre standard but almost a given. The notion of a city as an urban hell ruled by the upper-class and operated by slave-like poor. The notion of the city that seems to touch the heavens. The notion of a mad scientist giggling in his lab as he plays God. The lone hero who discovers the diabolical machinations of the villain and tries to throw a monkey wrench into his plan. These elements can be found in this film's ancestors 'Frankenstein', 'Batman', 'Gattaca' and the cities of 'Blade Runner', 'Star Wars' and 'The Fifth Element'. All of these films contain elements that were inspired by Lang's work.

'Metropolis' has gone down in history as one of the most influential films ever made, certainly one of the most studied silent films and yet the movie sort of languishes. After its success in 1927 the film has had an uneasy time. It's pedigree as a silent film turns off the usual science fiction audience and it is sort of a footnote in the history of the genre. One restored version after another has tried to reconstruct the film as best it could because some of the footage of the film has been lost through neglect and silly studio censoring. Some of the restorations work but most do not so we sometimes wonder what an experience this must have been like in 1927. Unless a lost version surfaces (as it did with the recently uncovered print of Valentino's 1922 film 'Beyond the Rocks') the complete work my never be seen again. The restored version released on DVD in 2001 was based on a digital restoration at 2K resolution from all available sources. It's the best version that I've seen and I would highly recommend that one if you haven't seen the film. The worst is a 1994 print put out by GoodTimes video which contains not an ounce of restoration, the film in grainy and difficult to see, it doesn't even have a soundtrack. I call that one the worst because I'm still a little ambivalent about the 1984 restored version by Georgio Moroder with color tinting (good), sound effects (not so good) and a soundtrack that includes songs by Loverboy, Freddy Mercury, Bonnie Tyler, Adam Ant and Pat Benatar (yuck!).

Those who study the film (myself included) find the story impenetrable. Some films you can easily decipher but 'Metropolis' has a plot that is so maddeningly erratic that it's hard to pin it down as a whole. Many conceded that as a fault but I think it adds to the film's chaotic nature. It takes place in the future (restored versions offer title cards that suggest that it's the year 2000 but I don't go by that) in an overcrowded city with immense skyscrapers (the Gothic, sometimes grotesque architecture suggests that the buildings were constructed in a hurry). The rich in Metropolis are content with their lives, dancing in their penthouses and spending their money. The poor work as slaves beneath the city like cogs in a machine. Lang choreographs the scenes in the subterranean levels magnificently so that the workers are never out of step. They don't so much work as toil under oppression like Ramses' slaves building his pyramids. The rich and poor of Metropolis are ignorant of one another. One person that isn't ignorant of the class division is Joh Fredersen a ruthless businessman who rules Metropolis from his office.

His son Freder happily enjoys the Pleasure Gardens one day when he notices a woman rising from the underground caves with a group of the worker's children. Curious, he follows her to the depths and is aghast at the tyranny in motion there. The woman is Maria, a revolutionary who holds sermons to remind the workers that a peaceful resolution can and must be found.

Freder uncovers a plot by Rotwang, the mad scientist to create a robotic version of Maria to convince the workers to rise up and take arms. This leads to the film's most famous scene when the robot becomes flesh and blood and the false prophet opens her eyes to reveal two dead sparkling orbs. Rotwang kidnaps the real Maria and sends the false one to convince the workers to rise up and then taunt the rich men and drive them into a sexual frenzy.

Then all Hell breaks loose, but the rest I must leave to you to discover.

Lang based the film on the book written by his wife Thea Von Harbou. In the book the story is about a chaotic as the film (and therefore less successful), the difference is that Lang has the visuals to suggest the chaos where the book did not. He uses every technical tool at his disposal to visualize the Hell of the subterranean machine run by the workers. At one point Freder, disguised as a worker, witnesses one of the huge machines explode and visualizes it as a horrendous monster swallowing workers by the dozen. Another suggests an odd device, a giant dial in which the worker is made to keep the arms in the same place as the light bulbs go on and off around it's edge. The machine doesn't seem to have any purpose until Freder imagines it as a giant clock and tries to pull the arms forward to end the merciless day.

Other moments have deeper resonance. There is something unsettling about the hundreds of workers toiling in the underground caves. Walking to work they march with their heads down, dressed in uniforms and caps. It reminded me of the Jews being led into the Nazi Death Camps. There is a buried foreshadowing of Hitler. More obvious are Lang's biblical references. The rise of the city parallels Maria's retelling of the story of the Tower of Babel. The giant pentagram in Rotwang's lab as he plays God. The breathtaking image of the plague-bringer who comes wielding an obscene scythe. The very heaven and hell nature of Metropolis itself. There is even a Christ-like quality in Maria who gives her sermons and reinforces that indeed blessed are the peacemakers.

These elements and images are brought to the film because of Lang's insistence on no less then absolute perfection. He was known as a sometimes cruel taskmaster, working his cast and crew like a dictator. He cast some 20,000 extras (1500 of them for the Tower of Babel sequence alone) and worked them from morning till night. The water which covered the set for the climactic flood was ice cold. Many of the extras were soaked through from morning till night. Actress Brigette Helm was nearly killed several times, once by a fall and another by the fact that the bonfire scene was real! Helm was so rattled by her experience working with Lang that she thereafter refused to make another film with him.

I could go on and on, this film all great films invite lengthy discussions. It can be seen in at least a hundred different ways, as a foreshadowing of fascism or the tyranny of communism or just capitalism boiling over. But when you get down to it the best way to view 'Metropolis' is not as a film to pick apart but simply as a film of it's time, Lang created the story of a world gone mad while the world around him was going mad.

Review by The_Film_Cricket from the Internet Movie Database.