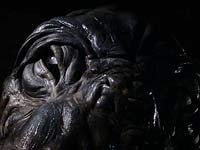 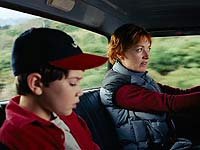 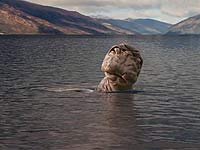 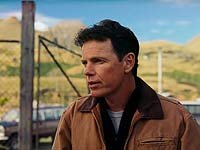 Our family really likes lake serpent stories. We enjoyed the director's Loch Ness movie, but Mee-Shee was just fabulous. Mee-Shee herself had a lot of screen time and interacted with the human characters. The animation was beautifully done, and the special effects were great. Good performances all around, lovely scenery, touching story. Lake serpent fans will be well pleased with the surprises toward the end. Mee-Shee is based on the real-life Canadian lake serpent Ogopogo. We saw this movie twice at the Tribeca Film Festival and hope that it finds a North American distributor.

Creating sea animals that are truly believable is a very difficult task, but the creature shop deserves special kudos for both the imagination and the care that has gone into the realization of Mee Shee.

Credit must also go to the excellent cast, which performs with distinction opposite the animal co-star. Bruce Greenwood brings a valuable degree of warmth to the role of the father without going overboard. Indeed, the entire cast manages to make the film truly heartwarming without crossing over the line into manipulating the heartstrings.

Review by cwbutler-1 from the Internet Movie Database.