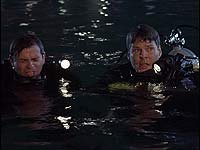 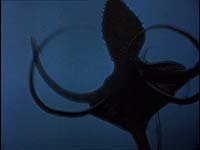 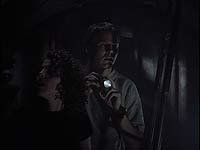 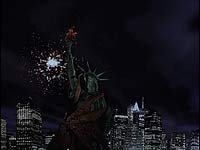 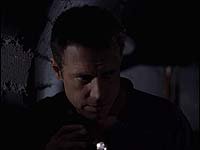 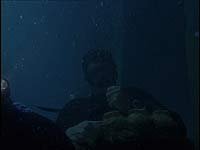 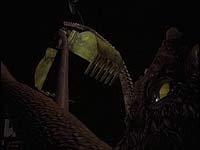 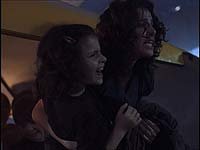 When it's a sequel to something that you've probably never heard of and something that was probably awful to begin with, you know you're in trouble. You know you're in even more trouble when it's directed by a certain Yossi Wein, the master of cheap and crappy Eastern European filmed action pictures like U.S Seals, Disaster and the likes. I have been actively seeking out his pictures which are often so bad they're funny.

The premise of a giant octopus terrorising New York Harbor isn't really something that can be easily accomplished in a direct to video movie as with the budgets Yossi Wein works with, he could never afford to shoot there let alone get a convincing giant octopus created, CGI or not. So, how exactly has Yossi managed to make a movie called "Octopus 2" set in New York involving a giant octopus?

Badly, is the first word that comes into mind and I wasn't expecting anything else from Yossi but if you've never seen a movie of his, the low quality will amaze you. Firstly, instead of actually filming it in New York, this movie was filmed in and around Sofia, Bulgaria. In an attempt to convince us that it's New York we're seeing, between almost every scene it cuts to stock footage of Manhattan, the New York centre and boats going through the river. A bunch of underwater stock footage and stock footage from "Daylight" starring Sylvester Stallone is also used and in the end, a good 30% of the movie must consist of stock footage mostly of New York and it isn't fooling anything, as all of this leads to a bunch of continuity errors. For example, it will show footage of a boat going through the river then cut to new footage of a completely different boat back in Bulgaria. Also there are big conflicts in scenery. The area in which Octopus 2 is filmed is obviously in a river or lake located outside of Sofia as we can see hills and woodland in the background, as opposed to the built up area of New York Harbor. But we'll be treated to another 20 seconds of stock New York footage after seeing this! More and more stuff keeps popping up, such as horribly out of sync voice dubbing of local Bulgarian "actors" being used as filler and the ever obvious European cars.

Now to the effects which are cheesy, cheesy, cheesy. You were probably wondering how they managed to fill in the giant octopus on a budget. Well, apparently not even filming it in Sofia, Bulgaria could spare them enough to create a convincing looking octopus as the giant squid in this is if anything, even worse than the mechanical shark in Jaws 4: The Revenge. It's a completely laughable rubber thing which we never see in full other than in some awful CGI and a small plastic model. The rubber object is quite obviously operated by hand off camera and gets wrapped around or hits it's victims from a bunch of different camera angles (obviously to hide the human operating it). It really is that bad. But it doesn't end there. Incredibly cheesy modelwork is used several times including a small model boat and an absolutely hilarious scene in which the lead has a nightmare about the "octopus" attacking a plastic toy of the statue of liberty while he is inside it. What this toy means to him, we will never know! When the octopus is broadcasted on the news, the news footage is absolutely laughable. We see a woman reporting it over a completely black background. Talk about cheap.

The characters are also ridiculously unimaginative and clichéd such as the long time detective who witnesses this giant octopus and everyone else basically telling him he's insane and that they want to get on with celebrating the 4th of July and the drunk witness named "Mad Dog". None of the characters are likable or convincing at all and you don't remotely care for them. The acting level is really embarrassing and is even harder to take seriously when you see them in action around stock footage and laughable effects.

With all the above taken in, this movie has no decent suspense, drama, thrills or action and like most Yossi Wein movies just comes across as a complete joke. Don't look at this expecting anything resembling a decent actionhorror movie, this is a bad, bad movie but it's so bad and played so straight that it is unintentionally hilarious and is another Grade Z flick for those that enjoy awful cheese!