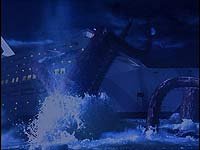 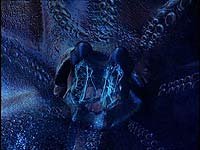 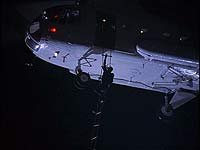 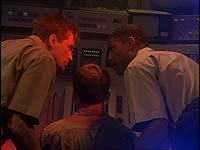 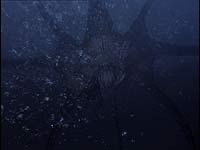 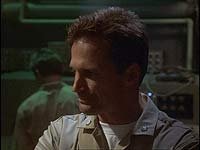 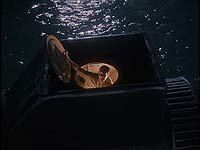 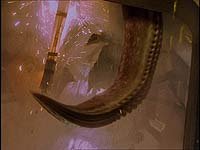 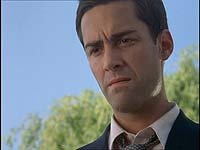 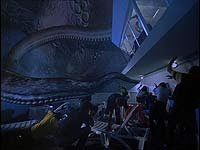 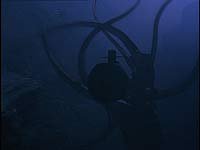 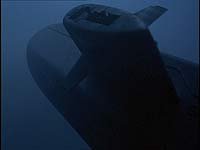 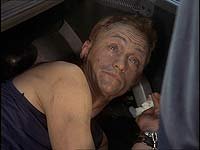 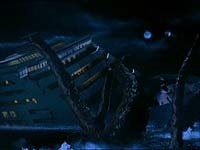 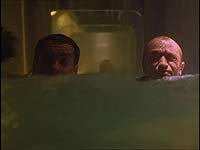 Do you remember the time in the 1970s when they first started showing Ray Harryhusen's monster movies on the 3 channels of terrestrial TV? Those wonderful days when stop animation was the very pinnacle special effects. That is when I cut my teeth with classics like Gorgo, 20,000,000 miles to earth, Godzilla etc. Alright only one of them was stop animation and the other two were guys in rubber suits but hell they were fun!! So I went to the post office the other day and found 6 nu image movies containing all the classic schlock horror movies. So I thought this is the perfect time to have a horror monster retrospective. I looked and thought what will be the best of them Crocodile by Tobe Hooper can back the thought. I watched that a couple of months back so I thought Octopus. Why not it was fun in 200000 leagues under the see, okay that was squid but it is basically it is the same creature.

This is a feeble excuse for a monster movie. The movie starts with the prologue about the Cuban missile crisis, a Russian sub that looks extremely modern gets sunk by an American sub. The Russian sub is carrying chemical nasties to use against the American. They are spilt out into the sea and we know what toxic chemicals make..Monsters! So we know where it came from, just do not put any in your coffee as you might turn into a monster. At least that would be a novel plot.

Then it is the present day and two CIA agents are on the trail of a nasty bomber, in Bulgaria, why Bulgaria I wondered and then it I settled on an idea because it is cheap. So our intrepid band are on the trail of the bomber and after one of them dies in very predicable circumstances. The second one captures the bomber and he is a hero for a nano-second before being asked to baby sit the bomber back to the USA. So the sub goes through the Bermuda triangle (or some other cursed area) and the octopus attacks.

They authors of the screenplay obviously wanted to make more than just a monster movie and this is the films undoing. If they had called it from Russia with Octopus love it might have been nearer to the plot ideas. There is a really silly cold war drama with a monster movie plot mixed in and it just does not work. There are loads of holes in the plot. They can talk under water and hear people scream. The integrity of the sub is compromised and it is 1000 metres down and it does not implode, now that is just plain daft. Also they manage to survive a nuclear explosion from a 100 metres away. The monster is great and sticks it tentacles in wherever they are not wanted. Unfortunately you just do not see it enough of it. The acting for the most part is awful, with people over reacting so much as to make their performances laughable.

Thankfully it has quite a fun ending as the naughty huge octopus decides it wants to have some more lunch and attacks a cruise liner. I recommend this movie for masochists and insomniacs everywhere. Well what do you expect for 50p? The movie is presented in bog standard 4:3 with a trailer as its extras. With a movie this bad you take it as a blessing that there is no audio commentary.

Review by alistairc_2000 from the Internet Movie Database.