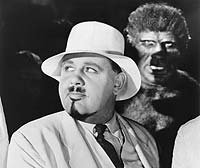 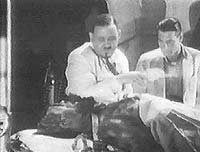 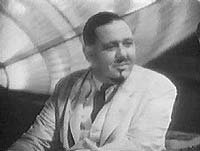 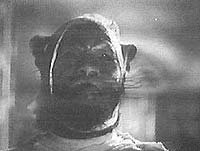 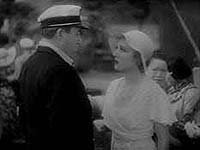 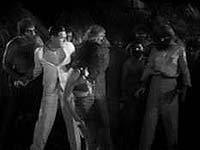 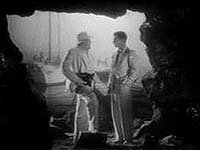 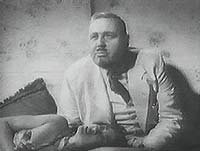 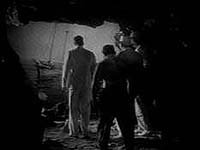 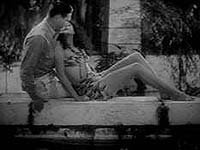 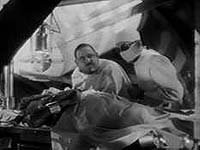 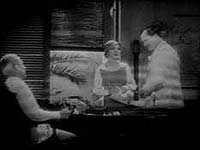 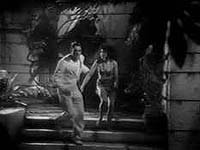 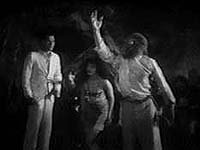 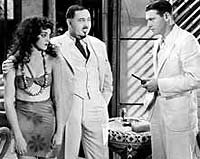 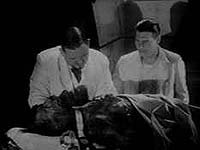 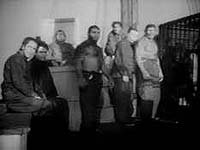 This controversial adaptation of H.G. Wells' short novel, was outlawed in many nations around the globe due to the unpalatable ethical and religious issues it raised. The film was produced before the infamous Hays Code was set up and thus was able to introduce radical scenes of horror and deviant sexuality that would become taboo until the liberalisation of movies in the early 1970's.

Universal were raking in the money and even some critical accolades with their literary monsters series in the 1930's - Dracula, FRANKENSTEIN, THE INVISIBLE MAN - so Paramount threw in the gauntlet and produced the huge box-office hit DR. JEKYLL AND MR. HYDE. Buoyed by this massive hit they financed another horror novel and chose THE ISLAND OF DR MOREAU (the title was later changed to ISLAND OF LOST SOULS) and Charles Laughton, at the time he was still a relatively new stage actor from England who had previously appeared in THE OLD DARK HOUSE, was cast in the title role. However, the film proved to be a box-office failure and the press mauled it whilst the religious right voiced their anger at the idea that Man could create Man by splicing flesh of various living animals. The possibility of taming animals by grafting humanity into their flesh and the suggestion of bestiality were repugnant to the Church and the film was eventually pulled from release and largely forgotten.

The story, about a scientist playing God on an uncharted South Seas Island, was shocking even on the written page but the filmmakers took it one step further and produced a shocker that even H.G. Wells denounced upon seeing the finished film. Charles Laughton, a close friend of H.G. Wells', was an animal lover who was so traumatised by the scenes of vivisection and barbarism that he would never again visit a zoo for the remainder of his life because it made him ill.

The passing of time has not dulled the power of the film and the very effective make-up designs remain as fresh and exciting as when they first appeared in 1933. There is no dating here and the film speaks to us across the great divide of decades. For those who have seen the European serial-killer film FUNNY GAMES (1997) they will not forget how the murders took place off-screen and the viewer was only privy to the unbearably horrific sounds of pain. Well, ISLAND OF LOST SOULS employed this technique very effectively back in early 1933. The power of suggestion is more profoundly disturbing than a full visual revelation of the violence.

The film moves at a cracking pace and every second of the 71 minutes running time is well utilized, the production values are high and the sets look fabulous, the performances are very good, especially Laughton who resembles a seductive and effeminate Mephistopheles whilst Bela Lugosi, as the Sayer of the Law, is totally convincing in his role as the island elder. His makeup resembles the Wolf-Man and it is impossible to recognise him except through that rich and extravagant voice of his. Lota the Panther Woman, played by the winner of a Paramount publicity audition contest (where over 60,000 hopefuls were tested), is played by Kathleen Burke. Every time she appears the screen sizzles with creamy eroticism. Her body moves like an athletic cat and yet she is very innocent and tender. The moment she uncurls her fingers and reveals her clawed fingers in the moonlight will shrivel the most aroused male member of the audience. The script, although it does deviate from the novel in places, is literate and intelligent. There is a great deal of subtext on display - Laughton dressed in his immaculate white hat and suit and wielding a bull-whip over the animal-natives is a great metaphor for slavery and the invasion of Paradise.

Now, as far as I am aware, this film is currently not available either on VHS or DVD for some strange reason. I was very fortunate in tracking down an extremely rare double-bill Laser-Disc which contained the Universal production of MURDERS IN THE RUE MORGUE on the first platter. This is an interesting combination because we have two separate production houses releasing a double-bill, in this case Paramount and Universal.

The transfer of ISLAND OF LOST SOULS is a bit soft and there is print damage in places. However, this very aspect gives the film an edge of authenticity and makes it even more riveting. The print looks like newsreel footage of a real event and this gives the drama added realism. The sound is crisp but does occasionally warble in places. Again, it lends the visual horror a documentary eeriness. The packaging is lovely, a gate-fold sleeve opens up to reveal production photos and a detailed commentary on both films. The disc also features a trailer which contains an alternate angle of a shot in the film but this one is decidedly raunchier!

This timeless movie has been neglected for far too long and the time has arrived for it to be remastered for a DVD presentation. Forget the Burt Lancaster and Michael York version from 1977 and the misbegotten 1996 release starring Val Kilmer and Marlon Brando. The 1933 film beats them hands down and is right up there with FREAKS (1932) in terms of naked human horror.

Review by se7en45 from the Internet Movie Database.

Jan 12 2017, 01:51
One of the most important, topically persuasive movies of its kind.
Additional Off-Site Reviews: