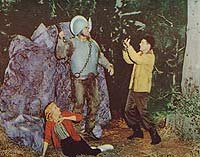 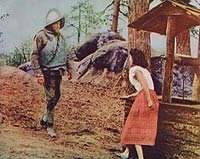 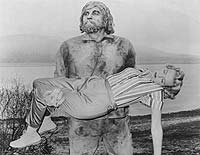 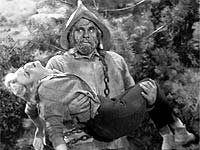 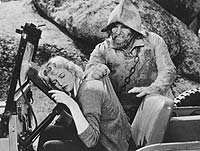 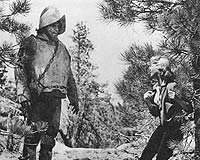 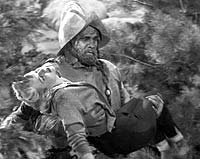 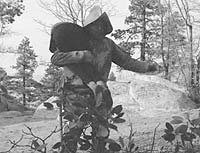 Giant From The Unknown is a standard classic in my collection in that I have watched it nearly a dozen times since purchasing the DVD. I like most of my generation grew up on these B-movies almost second hand through late night television shows with strange horror hosts who poked harmless fun at the pictures but really taught us to embrace the classic films usually ignored by big box office standard studios. That feeling of nostalgia is why I still turn to these films as an almost "comfort food" for the soul.

This film although rattled with the faux pas of most classic B-movies in that there is a basic male chauvinism and xenophobia subtext to the story is a fun and light sci-fi flick for all ages. It is just how film and television flowed in those days. Push it aside and Giant From The Unknown like a lot of old movies is really a great story that is both entertaining and filled with adventure. Especially when dealing with the 50's sci-fi genre. It is directed by Richard E. Cunha and stars Ed Kemmer, Buddy Baer, Sally Fraser and Bob Steele.

This movie has a pretty interesting and fantastical story that deals with real giants of historical legends which just sets the mind to wonder. The dialog and acting is classic melodrama which is slightly over-the-top but fun to watch. The Giant is pretty intimidating and unlike most movie monsters of the era he looks convincing realistic. Over all the film is a great way to introduce kids to the old black & white genre stuff and a film that hold's it's own against any giant lizard or mummy. Just let yourself set back and enjoy a fun classic film.

Review by ASouthernHorrorFan from the Internet Movie Database.