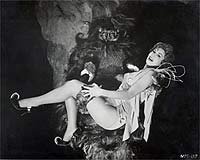 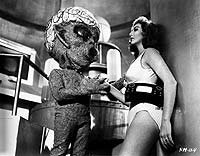 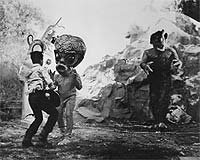 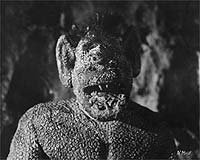 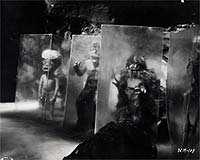 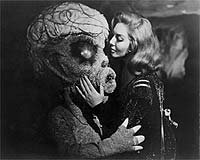 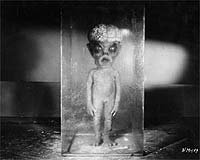 A Mexican Sci-fiWestern starring the late but always great Piporro and Ana Bertha Lepe. This is a sui generis movie because the b-movie market in México during the late 50's was really poor in production values mainly but this movie is the exception. This is probably the best of it's kind. I mean, the best b-sci-fi flick Mexican movie of probably 50 years. It's no wonder this movie it's ahead of it's time mainly because it's heavily influenced by American productions but still the effort is recognized. GREAT fx and art direction. This is a likable, entertaining, cultural movie.

An earth Mexican cowboy is the only hope for humanity to confront four monsters that have been commanded to destroy: animals and humanity mainly. The monsters are really cool and you can see the effort of the production. There is a cyclops monster in the likes of "Clash Of The Titans", a short martian with a gigantic brain, an ape type gigantic monster, and a skeleton in the likes of "Sinbad and his 7th Voyage". All of them are menacing but Piporro faces them with his comedic Norteño attitude and his gun. After a first encounter with them, he goes to a local cantina (bar) and with the aid of a beer and Tequila he recovers his strenght and faith and faces the monsters for once and all. Oh and there's also room for some Norteño singing! Piporro delivers a comedic performance that relies on his on-screen charisma and his over the top Norteño attitude. He is supposed to be the brave cowboy but he gives the character his own charm.

Lorena Velázquez is really beautiful and sexy and delivers a great performance as the aspiring Mars Queen. She's always great and this is no exception. She looked gorgeous and sexy with his one-piece outfit. Hot. And her dialogs are very evil! There's always a room for cheese and in these performances there wasn't exception.

Review by insomniac_rod from the Internet Movie Database.