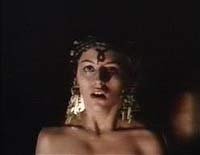 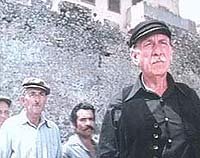 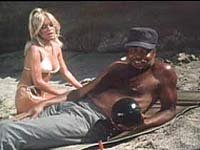 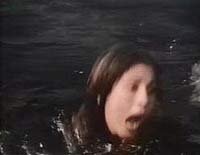 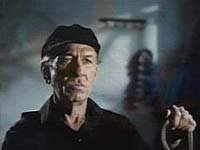 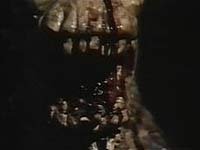 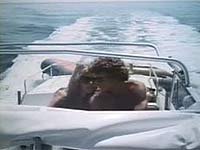 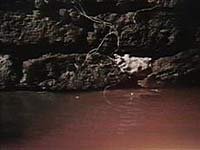 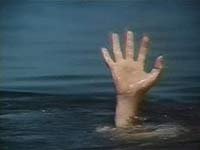 Put Jose Ferrer and James Earl Jones together in a film and you would think you'd have the ingredients for a Shakespearean drama, but what you get in "Blood Tide" might pass for a made for TV horror flick with some X rated moments. Martin Kove and Mary Louise Weller portray newlyweds Neil and Sherry Grice, on the search for Neil's sister on a Greek island where she was last heard from. Madeline (Deborah Shelton) drifts between lucidity and a trance like state throughout the film with no explanation, maintaining a mysterious relationship with a nun who maintains a monastery on the island. Ferrer's character Nereus is a priest like figure who has the only reasonable advice to offer, both to the Grice's and the viewer - better leave now.

There are a few scenes that get your hopes up, like the underwater shots that portend Jaws like horror, but they never deliver. When one finally gets a glimpse of the creature, you better be quick about it because he's quicker than Houdini. The film probably could have gotten a bit more mileage out of the monster and the whole virgin sacrifice thing with better writing, but this was definitely a film on a budget. As for the monster, it seemed like a mutated version of the Creature From the Black Lagoon.

With clichéd lines like "Time is running out for all of us" and "You have seen your death Mr. Frye", you'll have to connect your own dots to make some sense out of the film. And am I the only one to notice, but after Neil saves Madeline from the underwater cave, wasn't that brother-sister kiss just a bit disturbing?