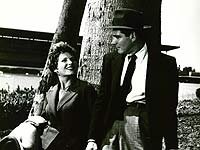 Once the puzzled guests are comfortably seated in the Alien's space yacht, he explains to them that his culture lives on a planet that is about to be demolished by a novating sun. All the people on his planet naturally want to evacuate to the planet Earth and live in Las Vegas. Well, not necessarily Las Vegas. But they don't want to live among an earthly population who have been ruled by impulses from their reptilian brains and have been warring constantly with each other. And the Alien's own culture doesn't permit them to exterminate the present population on Earth.

Therefore, he proposes to give each of the five captives a little scallop-shaped box, each of which contains capsules that together will destroy all human life on Earth -- and nothing BUT human life. The Alien opines sensibly that earthlings will use the capsules to destroy everyone, thereby sparing the Aliens the distasteful trouble of doing so. The earthlings have 27 days. At the end of that time, the capsules will become powerless. Each of the five boxes will turn to dust if their owner dies during the 27 days. The Alien then deposits them back on earth, in the places whence they came. He does not wish them good luck.

Well, things happen fast. The Chinese girl commits suicide and her box does indeed disintegrate. The Russian soldier isn't a bad chap but his bloodthirsty leaders shoot him full of drugs and drag the secret of the capsules out of him. The British babe throws hers in the sea. There is a good deal of political intrigue and running around. The singer joins Gene Barry and they hide out for a while in an out-of-season race track before giving up to the authorities.

The Russian general, now in possession of the ultimate weapon, demands that the US withdraw its troops to North America. The US complies but the treacherous Red begins to recite the longitude and latitude of 3 locations in the Americas -- one for each capsule -- that will depopulate all of North America and parts of Central America, leaving the way clear for an invasion by the USSR and its partners. The humble Russian soldier rebels and tackles his leader who dies before he can carry out his nefarious plan.

How does he die? Here's how. The German scientist -- a GOOD German scientist because he is on OUR side -- figures out from some hieroglyphics printed on the capsule and from some off-hand remark by the Alien, that the capsules will only kill BAD PEOPLE. That's how the Soviet general dies. And that's how all the bad guys in Russia and China presumably die too.

This is ludicrous. All the bad guys are limited to Asia? And all the good guys live in Europe and North America? So far this has been a slightly sluggish but thoughtful story made for adults. Then suddenly it collapses in upon itself, squashed flat by the heavy weight of reassuring morality it carries. John Mantley wrote the novel this story was based on and at least he had some token Westerners bite the dust too -- an occasional Archbishop, a couple of politicians. And Mantley also recognized that true evil must be measured on at least an ordinal scale, not a nominal one. That is, some people are less evil than others. In the novel, those with SOME bad ideas suffered miserable headaches while the evil was burned out of their brains, but they survived.

Yet, this isn't a junky movie. It's rather like a thought experiment. There are no monsters and no splashy razzle dazzle effects. What there is, is useful and kind of horrifyingly simple. An elderly scientist volunteers as a subject to see if the capsules really do what they're intended to. He's afloat in mid-South Atlantic in a raft, accompanied only by some goats and pigeons. The capsule is sent to his coordinate and -- poof. He disappears. His empty clothing flops to the deck. Neither the pigeons nor the goats give a damn but observers aboard the distant US destroyer do.

It's a little slow for the kids, and maybe for some adults. No giant grasshoppers or anything. And the plot has a couple of holes that need caulking badly. But the film remains a sly and perceptive comment on human nature. In real life, of course, it would be unsafe to predict the happy ending we see in this movie.