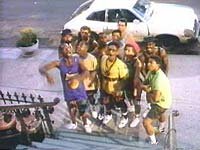 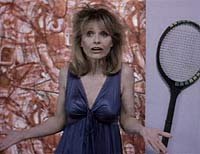 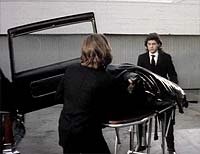 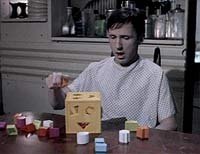 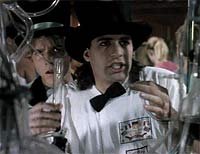 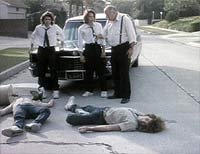 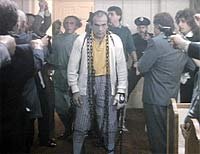 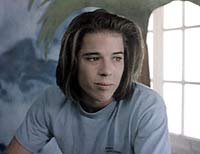 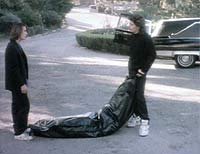 Beverly Hills Bodysnatchers takes place at a Beverly Hills mortuary where a scientist and I suppose, a mortician, have teamed up to experiment on bringing corpses back to life. But, the experiment was funded by a loan from a local mob boss who is breathing down the second-in-command's (Vic) neck to get their loan fully repaid. But Vic's got other plans and instead, tries to buy his time by forcing his two idiot (but not totally braindead) surfer nephews to work at the mortuary and keep an eye on his debtors. But actually, they work against their uncle, promised a cut in on the expected corpse-reviving scheme that the mortician and scientist say will make them rich. Needless to say, things do not go as planned.

This movie was, for the most part, a disappointing comedy. I suppose by the animated cover art, I was expecting some stupid humor, but the film actually fails to offer many laughs, despite the potential in the story. Even the moments with the corpses running around unsupervised weren't funny. With the filmmakers having failed to take advantage of a rather idiotic series of events, it is mediocre at best.

Review by Pepper Anne from the Internet Movie Database.