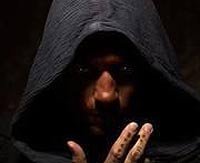 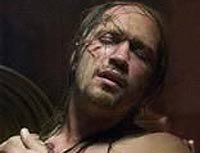 I agree with another review that it should not be based or compared to a movie or motion picture because it was made for television. Some did not care for the ending, but I think it was similar to a pilot in that it was interesting and slowly leads you into the mystery of it and when you think there is an ending in sight, it takes a turn to where you see the detective and the "Monster" together figuring out what to do next.

The characters were good for a possible sequel because let's face it, we do not know everything about a character from one "episode" and people are generally more multi-layered with concerns, cares, problems of their own that cannot be summed up in one TV movie. I think the director and producer were hoping that people would like it enough to want a sequel or a series and today it could have been done given all the 10 episode series that there are now instead of the full series with the 22+ episodes. It would have fit in nicely, however, in 2004 there were not any and the one's that were came from the UK because their series are done that way for most things.

I really liked it a lot. The actors were all good together and played off of each other very well. Vincent Perez and Parker Posey were very good together, the timing was good, the interactions were great and with Vincent Perez being the first of the creations it made me think of how Boris Karloff was about playing the Frankenstein creation. He told his daughter that his "friend" was unique in that only children understood him as not being a villain so much as being someone who did not know things and made big mistakes that were seen as horrible things and in this movie the creation is better than the creator in understanding what it is to be human and understanding the horror of creating something or somethings just because you can and the consequences involved that you can see and those you don't see. I really think this would have been even better if it would have continued on to other TV movies or a series.

Plus, I like a lot of things that Michael Madsen is in. I wonder if he is going to be the "Vincent Price" of this generation. If you do not understand what I mean by that, see biographies and a good one regarding a scandal he was involved with, then you will know.

Review by boudicea1967 from the Internet Movie Database.