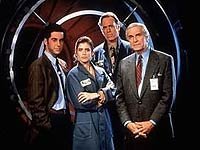 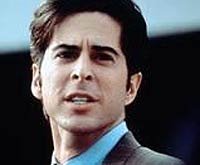 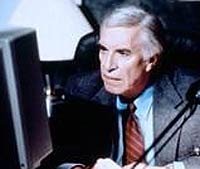 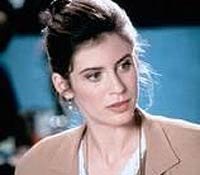 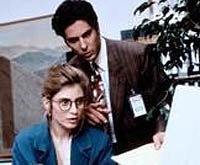 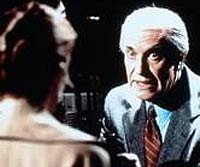 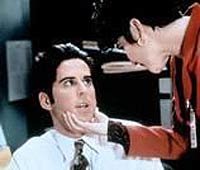 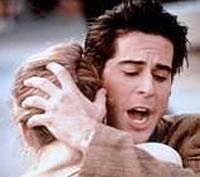 The dead end clerical life of lovable loser Barry Thomas (Jonathan Silverman) literally goes for a loop when an atomic mishap at work traps him in a time bubble. Every morning the alarm clock announces the same Tuesday and every afternoon Barry is forced to witness the murder of Lisa, the brilliant co-worker he adores from a distance. Like other TV movies of its time, this one hedges its bets with the kitchen sink approach of hinging the resolution to both misfortunes on an industrial espionage mystery.

1993's leaner 'Groundhog Day', from which 12:01 borrows much, demonstrates the pitfalls of tripling down. The plot is as credible as Barry's predicament. Helen Slater as the love interest is appealing if slightly bland and confused, and much too trusting of "I'm a time traveller, baby" advances. The bigger problem however is Barry. On the surface a cloying, goofy good guy recognizable from dozens of 90's sitcoms, he expresses the most distress about Lisa's death that he missed the chance to sleep with her. His reaction to the world altering realization of time travel is lame humour and he's frustratingly slow on the uptake. The writers seem to forget only Barry recalls his previous Tuesdays with Lisa. Real coworkers would respond with repulsion and disciplinary action to Barry's approaches later in the movie. The result is a confused, unconvincing mess mixing phony love-at-first-sight platitudes with uncomfortable sexual pursuit. Solid performances from Hollywood stalwarts like Martin Landau go wasted.

12:01 is a very forgettable time waster for those hoping for a return to formulaic 90's TV plots, an exercise in prime-time déjà vu minus the laugh track.

Review by Vantec from the Internet Movie Database.