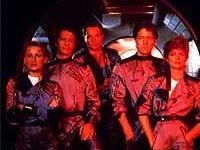 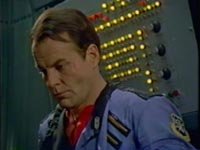 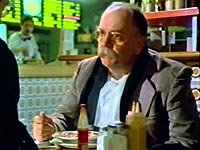 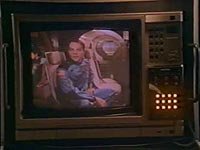 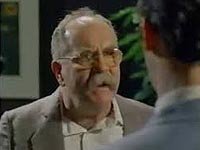 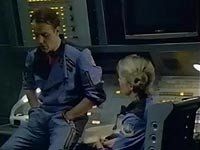 The main reason why I watched this 80's made-for-TV effort was very obvious: it features the mighty Michael Ironside and veteran actor Wilford Brimley (whenever I stumble upon a film with either of them in it, I'm likely to check it out). The second reason for watching this film was because of the alluring premise: the story involves an international murder mystery set on board a space ship on its way back to earth. And when you watch 'Murder In Space' for one of these reasons, you're more than likely to be amused by it. But rest assured, the plot itself gets pretty silly at times, especially concerning the motivations of some of the characters. To reveal more, would spoil the fun, but at some points the revelations in the plot seem to be almost bordering on soap opera material. Then again, this film was made for TV after all, wasn't it?

Members of the crew do get killed on board the space ship, but the film is virtually devoid of any suspense or action. The body's are usually just found after the facts and it's up to the remaining crew members to figure out what the hell is going on. The speculations on the identity of the killer are formed in collaboration with Dr. Andrew McCallister (amongst other mission members, back on earth), played by Wilford Brimley. And since the Russians (amongst other nationalities) are involved too, these communications between the space ship and the ground control base on earth provide a big part of the fun in the script. Both Brimley and Ironside deliver in their roles, though some of their statements & conversations come close to being ridiculous, given the situation & events. The rest of the cast pulls their weight too, but can't hold a performance candle to the two leading actors.

As a whodunit, 'Murder In Space' is strictly standard stock material. You'll most likely be less than amazed by it. But surprisingly the film does manage to entertain for 90 minutes. Whether it be for all the right or wrong reasons, you may decide.