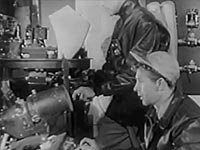 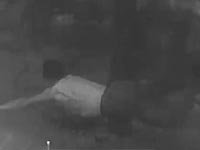 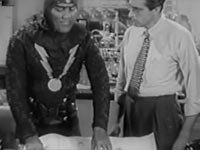 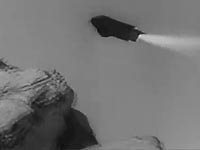 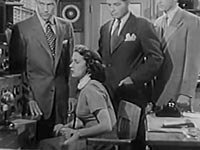 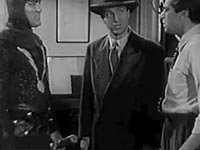 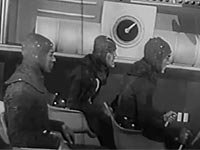 The material in "Satan's Satellites" (1958) was released in 1952 in the serial "Zombies of the Stratosphere". Serials like this were aimed squarely at my generation. I was 11 years old in 1952. Summer camp was showing the older Flash Gordon serials. I'm biased. These movies have never lost their attraction for me. They are pure escapism, pure science fiction.

"Satan's Satellites" is pretty tame on inventive material but it has nice rockets that look terrific flying through the air. Their landings look authentic. The lead hero has a rocket suit that gives him airborne flight. It's not quite up to the flight in Captain Marvel, but it's still nifty. I love the robot. It appears in several of these Republic serials. The California countryside is featured abundantly, and that's attractive too. I lived at the other end of the continent.

The bad guys here are Martians, aided by renegade earthlings. The clever gimmick is that they plan to explode an H-bomb that will send Earth out of its orbit so that Mars can take its place. The 70-minute version is so edited down that you are really just glimpsing the whole story. It's very simple and sparse compared to Flash Gordon, Captain Marvel and Dick Tracy serials.