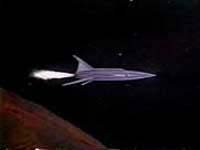 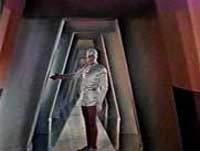 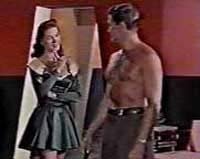 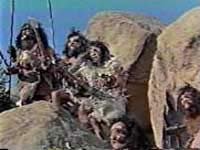 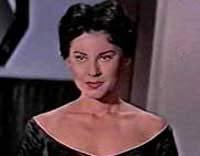 I pretty much thought I'd seen just about all the sci-fi films of the 1950s and I was happily surprised when I discovered "World Without End" today. It's a wonderful movie--which, inexplicably, has a very mediocre score of 6. Why? I have no idea, as it's intelligently written and enjoyable from start to finish.

The story begins with the folks on Earth learning that one of their spacecraft is missing and presumed destroyed. However, the ship actually was somehow catapulted off course and ended up about 500 years in the future. This future, however, ain't exactly pretty as the surface of the planet is controlled by mutated troglodytes who love to kill. Fortunately, the crew is eventually rescued by a small group of humans who have been living underground since the apocalypse destroyed civilization. Unfortunately, these survivors are a wimpy group (with amazingly hot women, by the way) and are content to just stay and hide. But these 1950s humans aren't about to spend the rest of their days underground and have a bold plan to retake the planet for intelligent beings. What's to come of this?

While a bit of the acting is occasionally a bit suspect and the mutants look a bit silly, for a 50s sci-fi film it's actually exceptionally good--with special effects and production values far ahead of its peers. The film is shot in glorious color and the script is awfully entertaining and features a lot of innovations that you wouldn't expect in some 'shlocky sci-fi film'---which this one certainly isn't.